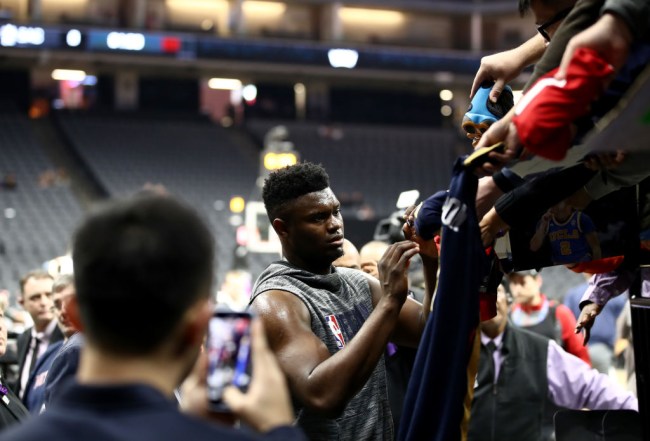 As the coronavirus continues to spread and more confirmed cases continue to pop up around North America, the NBA has sent a list of short-term recommendations to teams to essentially reduce contact with fans, according to ESPN.

The NBA is recommending players to fist-bump fans in the arena instead of high-fiving them. While that’s not too big of a deal, the league also suggested players avoid autographing certain items and to not accept pens from fans.

Among the NBA’s short-term recommendations to teams in the wake of the coronavirus outbreak, players should utilize fist-bumps over high-fives with fans and avoid taking items such as pens, balls and jerseys to autograph, according to a memo to teams obtained by ESPN.

Among larger concerns being addressed in NBA front offices and the league office is the possibility that pre-draft combines, on-site workouts and international scouting events could become more limited in scope, or even be canceled, based on the possible escalation of the coronavirus outbreak.

C.J. McCollum said he was done signing autographs for the foreseeable future due to the first confirmed cases of the coronavirus in Oregon.

“The Corona Virus has officially hit Oregon,” McCollum tweeted on Saturday. “More specifically Lake Oswego…Make sure y’all washing y’all hands with soap for 20 or more seconds & covering ya mouths when you cough. I am officially taking a break from signing autographs until further notice.”

According to the report, if an NBA player were to contract the coronavirus they would expect to miss two weeks per an unnamed team’s medical official.