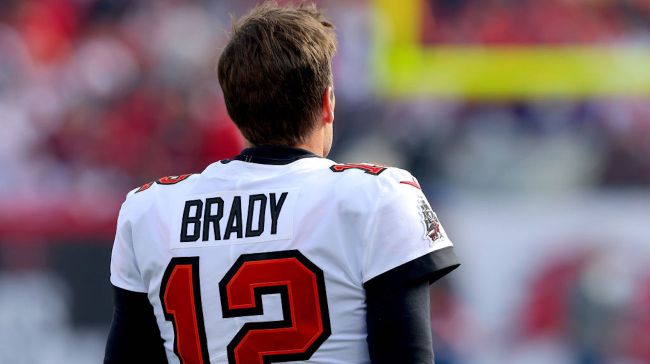 Fox Sports, who recently lost Joe Buck and Troy Aikman to ESPN, was reportedly trying to recruit Tom Brady to become their #1 NFL analyst before he decided to return to the Tampa Bay Buccaneers for a 23rd NFL season.

According to a report from the New York Post, Fox “made overtures to Tom Brady” in an effort to recruit him as an analyst.

Ultimately, after just 40 days in retirement, Brady decided that we would be returning to the Bucs for a mind-blowing 23rd NFL season.

The report from The Post says that at this time, Fox is moving forward with Kevin Burkhardt as the network’s leading play-by-place voice. While they’ve yet to tap a new top color commentator, reports indicate that former Chicago Bears, Carolina Panthers, and Seattle Seahawks tight end Greg Olsen — who served as Fox’s #2 with Burkhardt last season — is in pole position for the gig.

As The Post notes, this is a crucial year for Fox’s booth talent as the network is set to broadcast Super Bowl LVII, which will take place at State Farm Stadium in Arizona on February 12, 2023.

After almost 30 years at Fox Sports, Buck reportedly signed a 5-year deal worth roughly $12-13 million/year earlier in March, while Aikman hopped over to ESPN on a 5-year-deal worth a reported $18 million/year back in February.