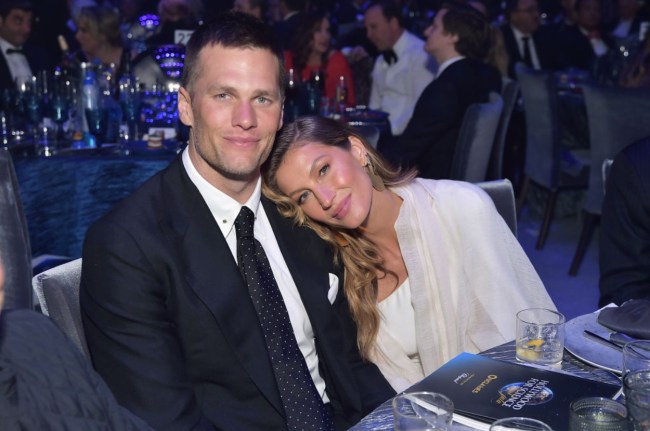 During a recent episode of his podcast, Tampa Bay Bucs quarterback Tom Brady — who has been catching heat this week for comparing playing in the NFL to military deployment — explained why he “ignores” social media, which is a particularly smart thing to do given all of the recent drama surrounding him and his wife (ex-wife?) Gisele Bundchen.

Although Brady noted that everyone’s strategy to what they post and read about is different, he confessed that he likes to “ignore” as much online content as he can, since people don’t fully know what’s “going on” in his life.

“I think the point is everyone should just be authentic to who they are,” the Tampa Bay Buccaneers quarterback said. “You know, some people approach it in different ways and it just has to work for them as part of your personality. So I definitely say things in the moment, you know, with me, my style is just to ignore as much as possible. And realise that most of the people in the conversation don’t have a full idea of what’s really going on.” [Yahoo via the Let’s Go Podcast]

Brady’s comments about social media come amidst rampant speculation about the status of his and supermodel Gisele Bundchen, as the couple is apparently on the verge of divorce, according to recent reports.

It can certainly be argued that Brady is in the midst of the most difficult moment of his career as the off-the-field drama is being compounded by the fact that his Tampa Bay Buccaneers are simply an average football team with an offense that’s struggling to score points. Despite their 3-3 record through six weeks, though, the Bucs are still in first place in the NFC South (the Atlanta Falcons also boast a 3-3 record).