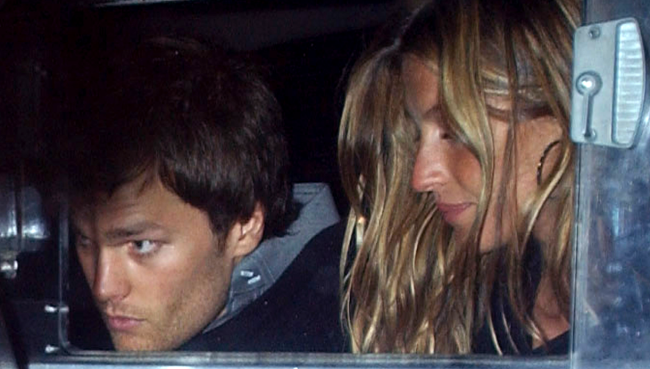 The couple, who have reportedly been living separately for months– even during Hurricane Ian – appear to be headed for one of the biggest divorces, financially, we’ve ever seen in the world of sports.

“I never actually thought this argument would be the end of them, but it looks like it is,” one source told Page Six.

“I don’t think there will be any coming back now. They both have lawyers and are looking at what a split will entail, who gets what and what the finances will be.”

People talk about being married to the game. Tom is literally doing it.

Tom Brady reportedly has a net worth of $250 million, which will more than double once he retires and starts working for Fox, while Gisele Bundchen’s net worth is around $400 million.

Insiders close to the seven-time Super Bowl champ, 45, and the supermodel, 42, say both are very involved in their children’s lives and would share joint custody in any separation.

They share son Benjamin, 12, and daughter Vivian, 9, and Brady is also the father of son Jack, 15, with ex Bridget Moynahan.

The couple would likely file for divorce in Florida, as that’s where they are primarily based, legal experts say. Another source who knows the couple confirm they are now looking at dividing their assets, which includes a $26 million property portfolio.

After missing yet another Tampa Bay Buccaneers game, Bundchen was spotted at a Miami gym by herself on Monday.

Me thinks Tom is going to play another season.

While all of this is martial drama unfolding, Tom Brady is continuing to put on an unbothered public face.

On Monday’s episode of his Let’s Go! podcast, Brady discussed everything from his favorite dessert (key lime pie) to how he feels about his son Jack playing quarterback and free safety in high school (“I don’t give a s–t how well he does. I just love watching him and seeing him enjoy it with his friends.”) to his thoughts on the current NFL concussion controversies which now includes his Tampa Bay teammate Cameron Brate.

Brady added, “You have to allocate time to prevention. It’s not necessarily the way that humans are wired, though. Humans don’t want to take time in advance to prevent something that could become a problem in the future.”