There’s A RUMOR That An Alternate, TOM CRUISE-Version Of Iron Man Could Appear In ‘Doctor Strange 2’ 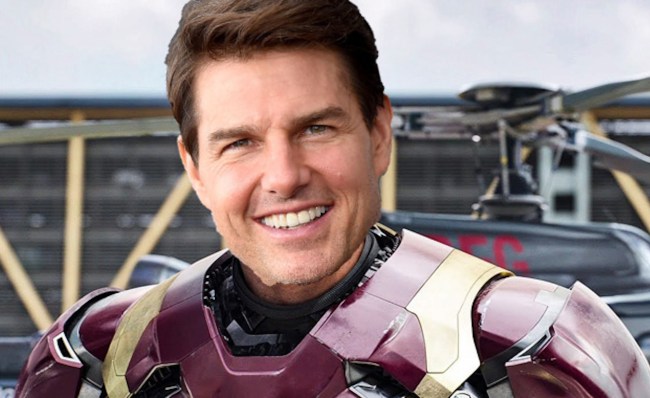 Marvel is really going balls-to-the-wall with the multiverse, aren’t they? Just when DC and Warner Bros finally think they have a leg up on the competition, Marvel Studios drops the hammer and reminds them who daddy is.

That leg up, of course, is the decision to lean into the multiverse, which is a core tenant of comic books that have yet to be fleshed out in live-action superhero fare (Spider-Man: Into the Spider-Verse, of course, is animated). As previously written about on this website, the DCEU is set to unleash the multiverse with the release of The Flash, which will feature, at the very least, two alternate versions of Batman: Ben Affleck’s and Michael Keaton’s.

As it turns out, though, it appears the Marvel Cinematic Universe, as always, will be beating them to the punch, as it sure does seem like the concept is going to be further explored in the acid trip that is WandaVision, the first MCU series on Disney+ that’s set to debut later this year.

As rumor has it, WandaVision is going to connect to the other upcoming multiversal mindfuck that is Doctor Strange In The Multiverse of Madness.

Based on everything we’ve heard about the film thus far — including previously reporting that this alternate-versions-of-heroes thing could happen — Doctor Strange In The Multiverse of Madness is set to be an absolute gamechanger for the MCU, as further evidenced by this latest rumor that none other than TOM CRUISE could appear as an alternate-universe version of Tony Stark.

In a new release from insider Daniel RPK’s Patreon account, Marvel Studios is reportedly considering using a number of different cameos to show multiple versions of Benedict Cumberbatch’s Doctor Strange through the course of 2022’s Doctor Strange in the Multiverse of Madness. While nothing is confirmed to be happening yet, the post reveals something interesting about actor Tom Cruise:

I have they are considering a bunch of interesting cameos for Strange to play different versions of chatacter we know. One example I heard of they are considering is Tom Cruise as Tony Stark from another Earth (at one point Cruise almost got the role of Stark before RDJ). [via MCU Direct]

Marvel Studios has made their intentions known when it comes to this mind-bending Doctor Strange sequel and bringing in Tom Cruise for an Iron Man cameo would certainly qualify as living up to those lofty expectations.