The More Tom Cruise Runs, The Better His Movies Are According To Study 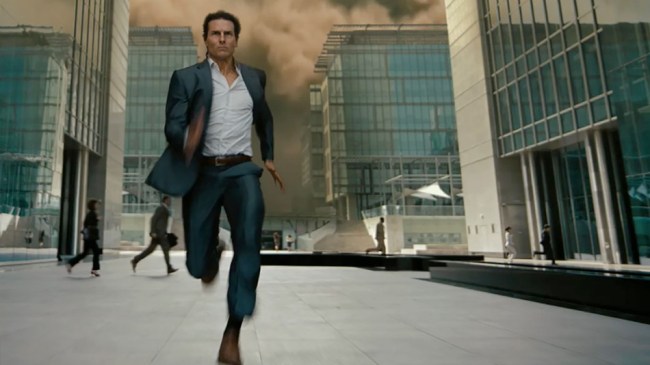 Tom Cruise needs a pair of those Nike Vaporfly sneakers that make you run faster because his movies will be better. While that may sound ridiculous, a new study found a strong correlation between the amount of time that Tom Cruise runs and the better his movies were rated and did at the box office.

Rotten Tomatoes researched movies that Cruise was in and the amount of running that he did. When Cruise ran more than 1,000 feet in a movie, the film had a higher Tomatometer average than movies where he was just slouching around. In the films where he ran, the movies excelled at the box office with an average inflated international gross of $538 million.

Despite being 56-years-old, Tom can’t afford to stop running. Throughout his nearly 40-year career, Cruise is running more than ever in some of his latest films. In 2006, Cruise ran 3,212 feet in Mission: Impossible III which is nearly as much as the 3,299 feet he ran in his 12 movies in the ’80s. Mission: Impossible – Fallout just arrived in theaters so it didn’t make the list, but check out the top ten Tom Cruise running movies.

While running has been great for business, Tom may want to stop jumping because it’s not best for his ribs.