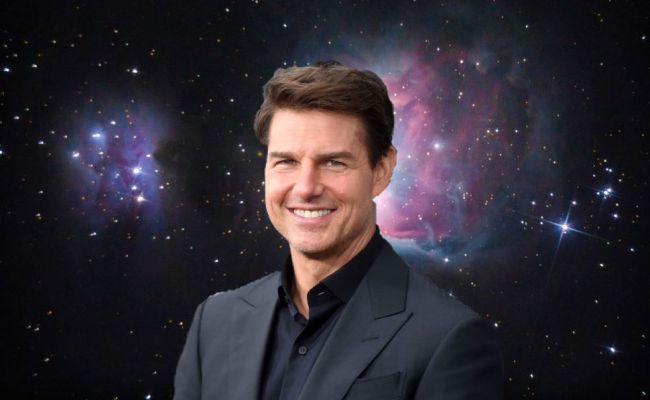 In case you’ve been in a coma for the last twenty years, then you already know that Tom Cruise is a couple of tugs short of a happy ending. That really isn’t the point – of course, he is. Still, despite that reputation of being dangerously close to the deep end, the fact that he’s on the verge of making a movie in literal outer-fucking-space is just utterly preposterous.

Now, to be clear, it’s certainly not surprising that Tom Cruise will be the first actor to head into the cosmos, as he’s likely just going back to where he came from. You know, “E.T. phone home”, that sort of thing. What shocks me is that — incredible human innovation notwithstanding — that we’re making a movie in space! What a truly unbelievable (in the literal sense) time to be alive. We haven’t put a man on the moon since 1972 but, hey, let’s strap Tom Cruise to a fucking rocket so he can have a killer cosmic sesh with Xenu, the dictator of the “Galactic Confederacy” that Scientologists believe it. Perhaps he can broker a peace treaty or secure our passage to a new galaxy so we can get the hell off this planet before shit gets really real. Maybe meet up with Matthew McConaughey in the tesseract and throw some books around.

The movie, which will be directed by former Cruise collaborator Doug Liman, made waves in May for its record-chasing ambition and for recruiting the full cooperation of Elon Musk’s SpaceX and NASA, who will house the production on the International Space Station.

This kind of innovation does not come cheap. Sources said the production budget has been set at $200 million in the most optimistic projections. Cruise could earn somewhere between $30 million and $60 million, according to insiders. This would cover his services as a producer and star, and also be comprised of significant first-dollar gross participation over a windfall upfront.

Given his production schedule and what several insiders familiar with the project noted as considerable prep time for the cinematic feat, 58-year-old Cruise could be well over 60 by the time he straps into the SpaceX Dragon vessel and jets to the ISS to make his call time on set. [via Variety]

Now, all jokes aside, Doug Liman is actually an exciting choice for this sort of project, as his most recent entry into the sci-fi genre — 2014’s Edge of Tomorrow with Cruise and Emily Blunt — is a widely-slept-on BANGER.