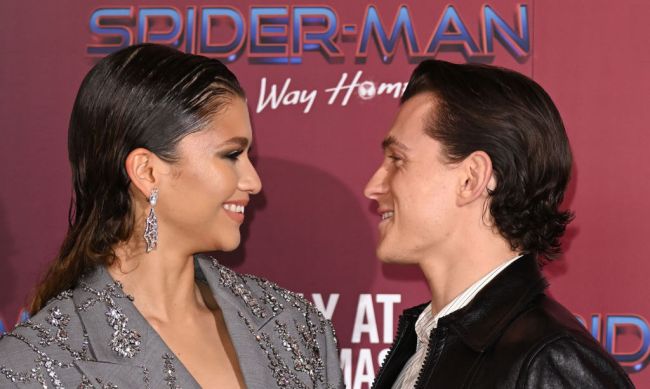 Of all the people in the world I’d like to trade lives with, Tom Holland is certainly up near the top, minus the whole “being a Tottenham Hotspur supporter” thing, as being a Liverpool fan is far more enjoyable. Sorry co-worker (and also my boss) Cass, if you’re reading this. But I digress, as we aren’t here to talk about the footy.

Holland, despite being just 25-years-old, has already been playing Spider-Man in the Marvel Cinematic Universe for over half-a-decade and is now being positioned as the franchise’s next centerpiece, similar to the role Robert Downey Jr’s Iron Man occupied for the first decade of the MCU.

While his forays outside of the comfy confines of the MCU haven’t been as successful as he likely would’ve hoped (Cherry was a bomb and no one saw Chaos Walking), he was solid in The Devil All The Time, is set to star in potential-new-franchise Uncharted with Mark Wahlberg, and has been tapped to play Fred Astaire in an upcoming biopic for Sony Pictures. Plus, he’s also dating Zendaya, which is objectively dope. Objectively *very dope*, if I do say so myself.

But for all the perks Tom Holland has in his life, there is, in fact, one thing that I’m far better than him at and that’s keeping secrets. This dude Tom Holland has almost become synonymous with spoiling movies, as there are literally YouTube compilations of him doing exactly that. Hell, Marvel Studios wouldn’t even let him read the whole Avengers: Infinity War script out of fear he’d wind up spoiling it.

Unfortunately for Zendaya, she’s also been a victim of Holland’s inability to keep his mouth shut, as he apparently ruined the ending of Avengers: Endgame — namely, the death of Iron Man — before she got to see the film.

“I know, I didn’t get to enjoy it,” replied Zendaya.

Luckily for Holland, he only has to keep his Spider-Man: No Way Home secrets to himself for another nine days, as the film will finally hit theaters on December 17. You can do it, Tom!

RELATED: Is Tom Holland’s Birthday Message To Zendaya The Biggest Flex In The History Of Both Men And Social Media?