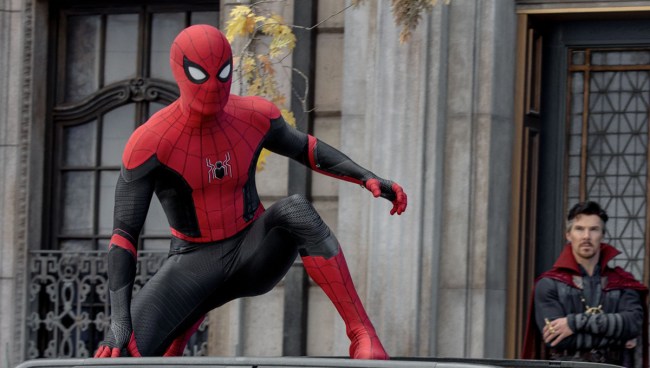 Leading into Spider-Man: No Way Home, there has been concern amongst fans that Tom Holland’s time as Spider-Man in the Marvel Cinematic Universe could be coming to an end, as some suspected the character would find himself trapped in Sony’s Spider-Man Universe with the likes of Tom Hardy’s Venom and Jared Leto’s Morbius, or that Holland himself would walk away from the role, having been playing the character since he was a teenager.

Alas, in a recent interview with Fandango that coincided with tickets for Spider-Man: No Way Home going on sale, Sony producer Amy Pascal has confirmed that not only will Holland’s Spidey remain in the Marvel Cinematic Universe, but that they’re gearing up for a whole new trilogy.

Pascal’s comments come as the release of the massive Spider-Man: No Way Home — which will see the return of villains from various Spider-Man universes — is just weeks away.