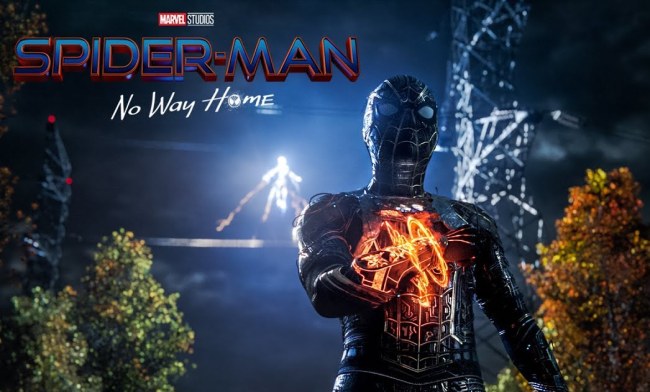 The official trailer for Spider-Man: No Way Home dropped on Tuesday night, and with it came tons of villains — a.k.a. the ghosts of Spidey past — from previous Spider-Man franchises, such as Willem Dafoe’s Green Goblin, Alfred Molina’s Doc Ock, Jamie Foxx’s Electro, Rhys Ifans’ Lizard, and Thomas Haden Church’s Sandman. Oddly, though, while the villains from alternate universes were heavily featured, their heroic counterparts — Tobey Maguire and Andrew Garfield’s Spider-Men — were not. And that, some fans believe, is due to some sneaky trailer editing done by Marvel Studios and Sony Pictures.

You see, towards the end of the trailer, Tom Holland’s Spidey leaps into battle against the likes of Electro, Sandman, and Lizard. That’s obviously the status quo when it comes to superhero movies. And yet… something about it just seems off. Not only does Lizard appear to not be jumping towards Spider-Man at all, but in the Brazilian version of the trailer, he can be seen being knocked sideways as if he just took a punch to the jaw.

Bro Tobey and Andrew are absolutely in this shot. Who is Lizard jumping at?? They’re definitely edited out pic.twitter.com/6v7CxKNITu

they DEFINITELY removed Tobey and Andrew from this shot

because what the fuck is Lizard lashing at??? https://t.co/m5XPcD7tr0

This, according to Spider-Man fans, is proof that Maguire and Garfield’s Spider-Men are, in fact, in No Way Home.

Personally, I’ve never needed, nor have I wanted, confirmation of their appearance, as I’ve long known that the previous friendly neighborhood Spider-Men would appear in the film. And it’s not because I’m an industry insider with secret knowledge or anything like that, but rather due to the fact that I just use common sense, as there is simply no way villains would fall through a hole in the multiverse without their corresponding Spider-Man being right behind them.