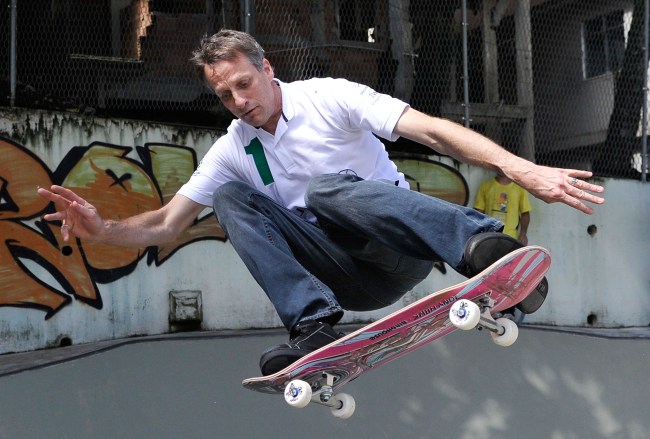 Michael Jordan shocked the world in 1993 when he announced he was retiring from the NBA in order to pursue a career in baseball that didn’t exactly pan out as planned. However, it turned out that wasn’t the only alternative career path he was interested in.

In 1996, Jordan showed off his acting chops in Space Jam, a cinematic classic that somehow hasn’t been added to the Criterion Collection as of this writing.

I wore out my VHS copy of Space Jam after seeing it in theaters multiple times and it will always hold a special place in my heart thanks to its sheer entertainment value, a star-studded cast, and a soundtrack featuring this absolute banger.

A couple of years ago, rumors started to swirl that LeBron James was planning to follow in Jordan’s footsteps by making a sequel to Space Jam and fan’s prayers were answered when we learned it’s currently in the works.

Now, we just have to hope the film doesn’t suffer the same fate as a Space Jam spin-off that would have featured Tony Hawk teaming up with the Looney Toons in a movie I never knew I needed in my life until now.

Over the weekend, the legendary skateboarder hopped on Twitter and revealed there were once plans to make a Skate Jam movie that was ultimately shelved after Looney Tunes: Back in Action took a big ol’ dump in its pants at the box office.

in 2003, I was requested to meet with Warner Brothers about doing a film tentatively titled “Skate Jam.” They were bringing back Looney Tunes with “Back In Action” & then wanted to start on my project immediately. A week later Back In Action bombed & Skate Jam was shelved forever pic.twitter.com/9giKzBnlWH

Thanks for nothing, Hollywood. You’ve really let me down.