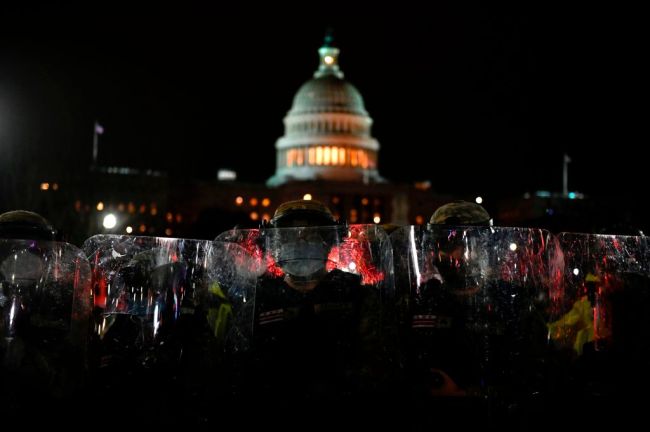 Following the shocking events that unfolded at the United States Capitol yesterday — an event that Senate Majority Leader Mitch McConnell called an insurrection — terms such as “sedition” and “25th amendment” have begun trending on Google. 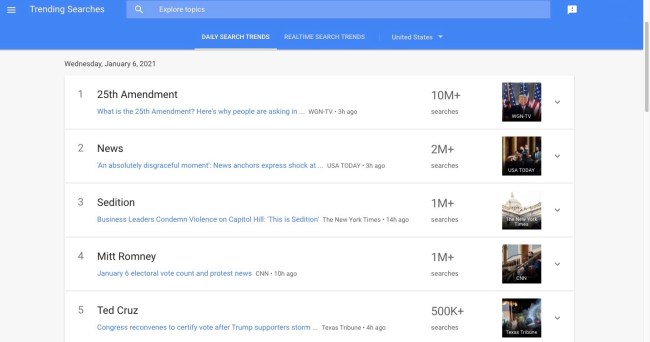 The 25th Amendment to the United States Constitution, adopted on February 10, 1967, is designed to transfer power to the Vice President should the President become “incapacitated” or “unable to discharge the powers and duties of his office.”

Whenever the Vice President and a majority of either the principal officers of the executive departments or of such other body as Congress may by law provide, transmit to the President pro tempore of the Senate and the Speaker of the House of Representatives their written declaration that the President is unable to discharge the powers and duties of his office, the Vice President shall immediately assume the powers and duties of the office as Acting President,” reads Section 4 of the 25th Amendment of the United States Constitution.

Further down the list include terms like Merrick Garland, President Biden’s newly-appointed attorney general, Capital, which is the wrong spelling of Capitol, CBS News, PogChamp (Twitch removed his “emote” after he reportedly encouraged further violence at the Capitol), and Melania Trump. It’s not until you reach the 11th most searched term, “Manchester United”, that you find something not related to yesterday’s events. 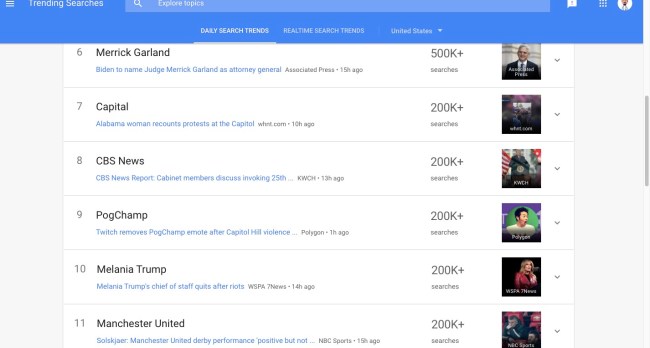