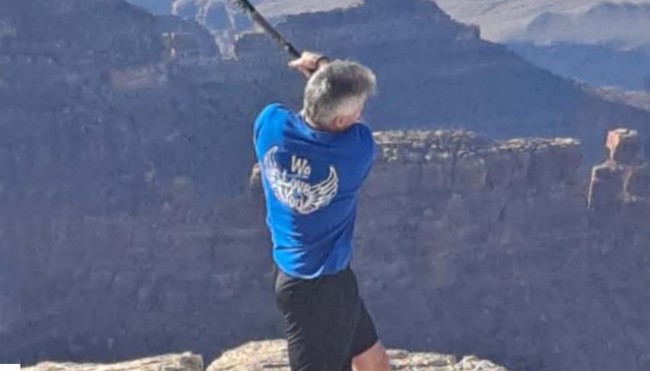 There are few things on the planet that I would genuinely describe as “awe-inspiring,” but I can’t really think of a better way to describe the virtually incomparable experience of getting to view the Grand Canyon in person.

I’d seen plenty of pictures of the massive gorge when I first made the trip to the national park as a moody teenager, and my expectations were pretty low when I got out of the car following the four-hour drive from Phoenix. However, I was absolutely blown away when I laid my eyes on the virtually endless expanse for the first time.

As is the case with all of the natural landmarks maintained by the National Parks Service, rangers at the Grand Canyon take great pride in making sure the national treasure remains as pristine as possible. Unfortunately, that’s easier said than done when it’s visited by millions of tourists every year—many of whom could not care less about the concept of “leaving no trace.”

Over the summer, a guy who filmed himself hitting a golf ball in all 50 states over the course of 30 days found himself at the center of a federal investigation after officials at Yellowstone National Park took issue with the stunt he pulled in Wyoming (although it’s worth noting he did have the foresight to use a mat and a biodegradable ball).

Now, another tourist has found himself in hot water after U.S. Park Rangers asked the public to help identify a man who was captured hitting a baseball off of a tee into the Grand Canyon while standing on the North Ridge over the weekend. 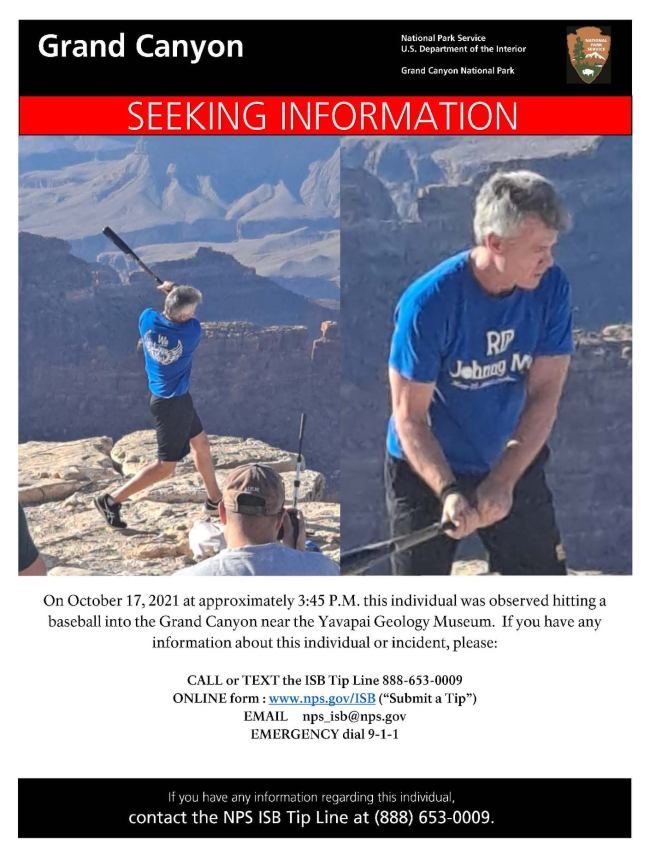 Earlier this week, someone who was there to watch him smash a ball into the abyss posted the video on TikTok.

This dude hit a baseball into the #grandcanyon

It’s certainly no excuse, but it is worth noting the man was wearing a shirt that appears to be a tribute to someone who passed away, so it does seem like there’s a chance he could’ve been honoring them in a misguided fashion by holding batting practice on the rim of the Grand Canyon.

According to Newsweek, park rangers managed to track down the batter shortly after soliciting tips, although he’s yet to be identified and it’s unclear what repercussions he could be facing.