The Reviews For ‘Toy Story 4’ Have Begun To Roll In & Yup, It’s Another Banger 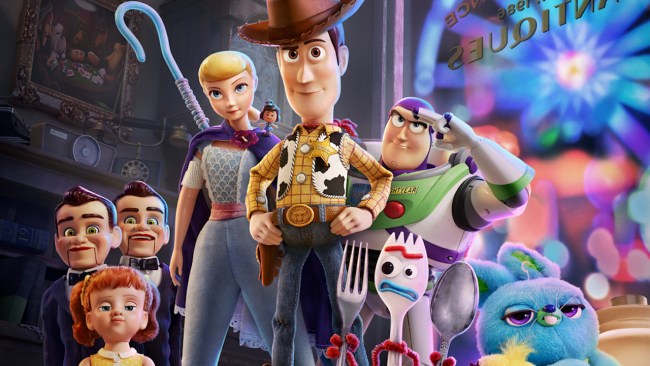 Despite existing for over two decades now, Pixar has continuously found a way to successfully expand the Toy Story saga with thoughtful, moving, and most of all, entertaining additions.

While there were just four years between the first two installments of Toy Story, the wait for Toy Story 3 was much longer, as there was an 11-year gap between the second and third films.

The wait for Toy Story 4 has proved to be just as lengthy, as it’ll be nine years since Toy Story 3 premiered by the time Toy Story 4 debuts.

However, it appears as these decade-long stints between films hasn’t impacted the quality of the franchise, as each film is seemingly more impressive than the last.

While most studios who churn out sequel after sequel seem to do so with diminishing quality, that doesn’t seem to be the case with this beloved Pixar franchise, as critics have already begun to herald Toy Story 4 as a fitting end to the iconic animated movie series.

Currently holding a 100% critic score over on Rotten Tomatoes, it appears that Pixar has once again hit a home run with this latest installment of the Woody and Buzz Lightyear story.

Brian Lowry over at CNN said that “Toy Story 4 delivers a cinematic grand slam, a nine-years-later sequel that’s wholly equal to the high expectations raised by the terrific trio that it follows.”

Johnny Oleksinski of the New York Post agrees, saying that “Toy Story 4 ends on a respectable, bittersweet note that would make the perfect bookend to this likable franchise.”

In fact, Toy Story 4 is apparently so good that Alonso Duralde of The Wrap thinks if Pixar can keep up this sort of high quality, that they may as well keep letting them rip.

“Pixar could easily retire this series with a clean sweep of films that have been lovely to look at and moving and funny to watch,” Duralde says in his review. “But if they can maintain this level of wonderful, keep ’em coming.”

However, all that said, it really shouldn’t come as a surprise that Toy Story 4 is a banger. Why? Because it involves national hero Tom fucking Hanks, and anything with Tom Hanks is going to be worth buying a ticket to.

‘Toy Story 4’ is set to be released in theaters in the United States on Friday, June 21.