Trailer For ‘Everything Sucks!,’ Netflix’s Dramedy Version Of ‘Stranger Things’ Set In The 90s 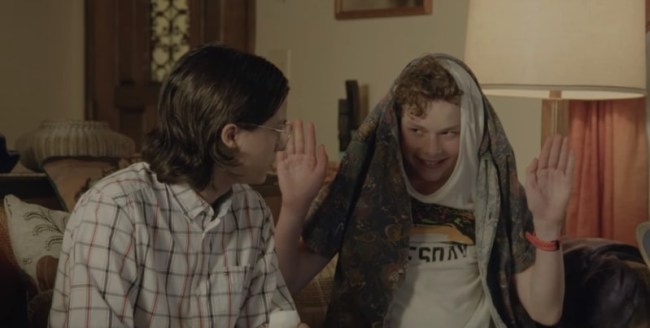 Netflix is making a TV series set decades ago about a group of boys who are friends and joke around with each other, but the one friend in the clique has a crush on a girl that is an outsider and the show purposely has nods to pop culture and jargon from your childhood to elicit feelings of nostalgia. This description is not about Stranger Things, but it is actually about Netflix’s new dramedy series titled Everything Sucks!.

Seeing how well Stranger Things got viewers to get all sentimental about the 1980s, they are using the same formula to get people to reminisce how much they loved or hated the 90s. The comedy centers around a group of high school freshmen who are just trying to understand how life works in the 1990s. Netflix even goes to the wayback machine to revive terms such as “da bomb,” “oh snap,” and “all that and a bag of chips.” *cringe* While the kids won’t have to battle Demogorgons, they will have to tackle things such as JNCOs, Starter jackets, Backstreet Boys, Crystal Pepsi, Blockbuster late fees, dial-up internet, and The Macarena, which may be even scarier.