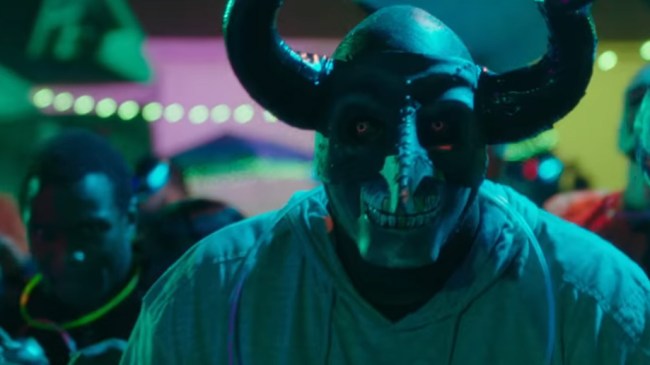 “Join the first Purge!” is the message in the trailer for the upcoming Purge movie. The First Purge trailer shows the origin of the violent American holiday that legalizes murder and mayhem for one night every year. “Tonight allows a release of all the hatred and violence people keep inside,” the trailer says, but there could be a much more sinister reason for the annual Purge.

The first Purge may have had a much darker reason than to allow Americans to vent their brutal and bloodthirsty aggressions for one night in an attempt to lower the crime rate by making murder legal for 12 hours one night every year. The trailer for Purge 4 teases a heinous government plot to use the day of death to eliminate their own citizens. The military appears to be dressed as civilians to merk fellow Americans who may not be in good graces with the U.S. government any longer. The Purge is marketed by the government as a “nation being reborn.”

“To push the crime rate below one percent for the rest of the year, the New Founding Fathers of America (NFFA) test a sociological theory that vents aggression for one night in one isolated community,” the synopsis reads. “But when the violence of oppressors meets the rage of the marginalized, the contagion will explode from the trial-city borders and spread across the nation.”