Man Spends More Than 100 Hours Trapped Under A Giant Tree, Survives On ‘Insects And Rainwater’ 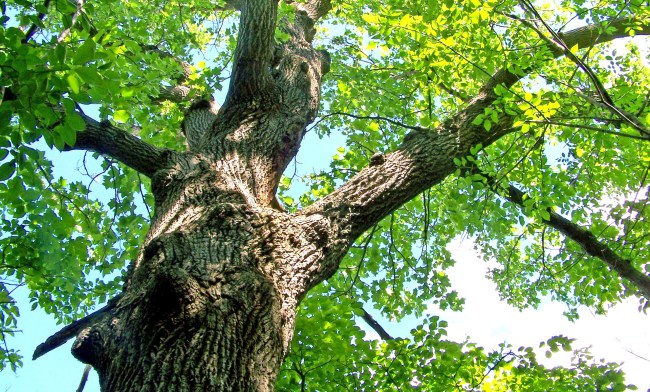 Jonathan Ceplecha, 59, of Redwood Falls, Minnesota is this week’s baddest man on the planet after surviving for four days – more than 100 hours – trapped underneath a giant fallen oak tree by eating plants and insects that he could reach and drinking rainwater and his own sweat.

That’s right. As if being pinned underneath a tree with some rather significant injuries for four days wasn’t bad enough, it rained on the poor guy.

“I was with him Monday in the hospital and he was kind of getting how he was able to keep from panicking, which was by breaking up the days into hours and then breaking up the hours into 5-minute segments so that he could have little victories throughout the day that would give him little pieces of hope,” his son Miles Ceplecha said, reports the Associated Press. “He just tried to keep his mind distracted.”

He was found by his ex-wife four days later on Monday evening, August 31st, after his family had grown concerned that he wasn’t answering their phone calls. A local sheriff was at the scene as well, after the school where he teaches had requested a welfare check when he missed the first day of class on the same day.

Throughout his isolation, Jonathan ate plants and insects within arm’s reach, drank sweat and rainwater that he collected in his clothes, and covered his head in his shirt during the nights to keep the insects off as he slept.

He kept his sanity by breaking down every day into hours, and each hour into 5-minute segments. As someone of a heavy faith, he prayed to himself often, and tried to distract himself from panic by meditating and inventing rhythms to follow from dawn to dusk.

The man has the heart of a lion.

Redwood County Sheriff’s Chief Deputy Mark Farasyn said about Ceplecha, “He had the will to live, and he wasn’t ready to go. I don’t know many people who could survive an ordeal like that.”