You’ve Got Bad Traveling Etiquette If You Do Any Of These J*ckass Things, According To Research 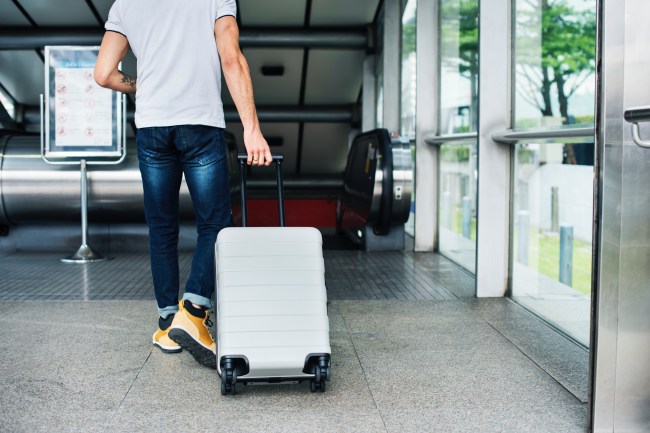 Traveling can be a real pain in the ass, we all know that. From flight delays, to overcrowded airports, to crying babies on flights, to sitting next to the sick and coughing person to, well, you get the point. With all the headaches that traveling can bring, things can be so much worse when you’ve got a couple jackasses on your flight who makes the entire experience a problem for everyone else.

Over the years, we’ve seen people get booted from planes for arguing with flight attendants about the most ascinine things — like refusing to turn their phone off. We’ve also probably been on flights when someone had a few tiny bottles of Jack Daniels and decided to treat the plane like his or her personal party, full of screaming and cussing and general annoyance. Those all are pretty awful, but are they the worst examples of poor traveling etiquette? Not quite.

Thanks to a survey from Travel Leaders Group, per SmarterTravel, we now have an idea at what really pisses off travelers the most.

Asking 2,854 travelers about their attitudes from a number of different scenarios or dilemmas they might encounter during a trip, here are some of the results of the survey, showing which types of traveling etiquette are deemed to be the absolute worst.

That last part’s pretty funny to me, as 14 percent of travelers would actually think to record an incident between a passenger and a crew member rather than speak up. Deep down, we’re all just teenagers who can’t get enough of social media.

Overall, of the 2,854 travelers surveyed, most claimed they would exercise restraint, patience and generosity during a disruptive situation. However, let’s be honest here, in the heat of the moment, some people may cause a problem to escalate by lashing out at another person because of the anxiousness that traveling can cause. But, hey, it’s nice to know that, on paper, people will do the right thing and try to resolve the situation rather than be a real d*ck and make things worse for everyone else. Humanity is not yet dead, guys.