Someone Tracked Down The Origin Of The Triscuit Cracker’s Name And It’s More Interesting Than An M. Night Shyamalan Movie 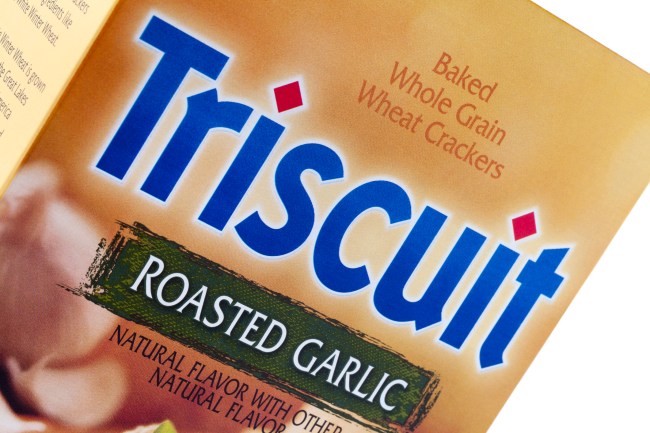 Let me kick this off by saying that Triscuits are probably my favorite crackers. I’d rank them above Wheat Thins and Saltines. And I think of Cheez-Its as being in a category entirely of their own so I won’t even get into that here.

So when I scrolled past this Tweet saying “I wanna talk to you about Triscuit” my interest was piqued. Little did I know this would be one of the most fascinating Twitter threads ever produced. It starts pretty simply, acknowledging that most of us have never really spent much time thinking about the origin of the name Triscuit.

It turns out that I’m not alone in assuming the name ‘Triscuit’ had something to do with three layers of biscuit or something like that. As the phrase goes, ‘assume makes an ass out of u and me’ because it has nothing to do with three layers. And tracking down the origin of the name Triscuit was extremely difficult because the people at the company didn’t even know where the name came from!

Get ready for a wild ride:

OK, buckle up. I wanna talk to you about Triscuit. pic.twitter.com/Tg7334OSbc

Several years ago I was at a party (BRAG!), and I spotted a box of Triscuits. I asked everyone, "What does the word 'Triscuit' mean? It's clearly based on the word "BISCUIT," but what does the "TRI" mean?" (I'm great at parties.)

The consensus was that "TRI" means three. Maybe "three layers" or "three ingredients." No one knew for sure, though, so I Googled it. But here's the thing — Google didn't seem to have an official answer, either. Just more guesses.

So we went straight to the source. We emailed Nabisco. And the response we got a few days later shook us to the core. Here it is: pic.twitter.com/Ks1gmaIQXj

Seriously. How the shit does the Triscuit manufacturer NOT KNOW the origin of the Triscuit name?! This alone makes this story worthwhile.

Also, "No business records survived"? What the HELL happened at the Triscuit factory? Did the building explode? Did someone run out of the doors and yell "It doesn't mean THREE!" right before perishing in a giant blaze?

I was baffled. And I couldn't stand not knowing. So I did a little sleuthing online, and stumbled on some early Triscuit advertisements. Take a look at these bad boys: pic.twitter.com/jbeBUmjeCF

In the early 1900's, Triscuit was run out of Niagara Falls. And their big selling point? Being "baked by electricity." They were "the only food on the market prepared by this 1903 process." Look at the lightning bolts! And that's when it clicked–

‘Electricity Biscuit’ because it was the first biscuit cooked using electricity. What a claim to fame that is, and one that they’ve all but completely forgotten about at the corporate headquarters.

I kind of thought we were headed for a ‘Trivection’ explanation here but the Triscuit has been around much longer than that. For real though, this company needs to hire an archivist ASAP and track down the history of their business before it’s lost and gone forever.