‘Tron 3’ Reportedly In The Works At Disney, Jared Leto (Sigh!) Rumored To Star 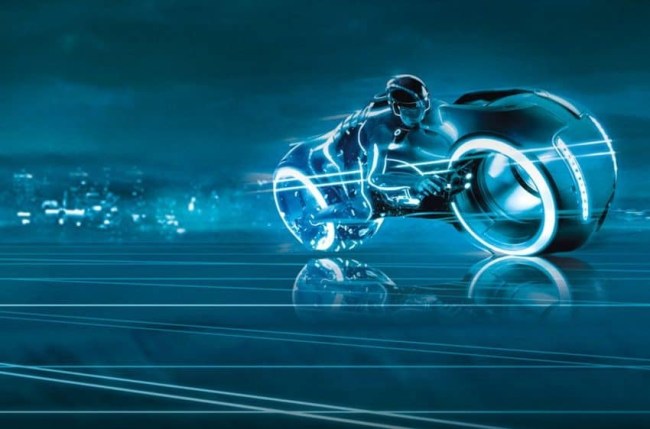 Tron is one of those movies whose reputation precedes itself. Like, you’ve probably heard of Tron, but do you actually remember *watching* Tron? Can you tell me *one* thing about the movie other than the fact that people get sucked into computers and ride shiny digital motorcycles around? Maybe I’m projecting my own stupidities on you, I don’t know, but when I think of Tron, I think of how much more I like the idea of Tron more than its actual execution.

Unbelievably, it’s actually been an entire decade since Tron: Legacy, the sequel to the original 1982 film, hit theaters. This was just as the modern landscape of comic book movie-making was beginning to take hold, so the film, which starred Garrett Hedlund, Olivia Wilde, and Jeff Bridges, sort of came and went without much of a fuss.

Still, because Disney is Disney and established intellectual property is king, reports indicate that they’re going back to the well and are currently developing a third film in the Tron franchise, with Jared Leto reportedly attached to star (we’re still doing this Jared Leto thing, huh?)

Our trusted source informed us that a Tron reboot with Jared Leto is still in the works with a director search underway. Now, that is not the most significant update I’ve heard. From what I’ve been told, the film is expected to be more of Tron sequel rather than a reboot, and the cast from Tron: Legacy could return. It is unknown at this time if the film will follow the same story as the canceled third Tron film, Tron: Ascension, which would have seen the machine world of The Grid invade the real world. That was also rumored to have featured a character called Ares.

Another question we are constantly asked is, will Daft Punk return to do the music? Daft Punk’s score was a highlight from Legacy, with their futuristic/electronic musical style helped bring the world to life. We have heard multiple directors in the mix but nothing we can confirm as of yet.[via The Disinsider]

Jared Leto, man — I get he’s an Academy Award winner, but when’s the last time his presence has improved a film? I suppose he was decent during his minimal screentime in Blade Runner 2049, but other than that, I can’t remember the last time I was excited about a Leto-starring project. If anyone can pull it off, though, it’s the Mouse House.