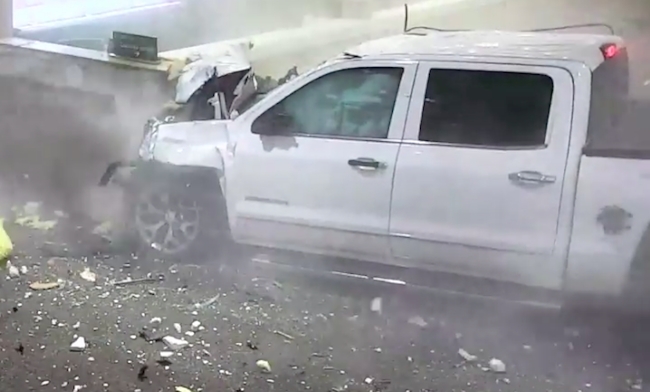 Back in the 1300s, Dante Alighieri sat down and mapped out his now-iconic vision of Hell, a realm that boasts nine circles of increasing misery and agony where people who veered off the righteous path during their time on Earth are tortured for eternity in a number of inventive ways, like being continually torn apart by dogs or tossed into boiling blood.

It’s been 700 years since Dante died, and while his magnum opus is still studied today, the world has changed quite a bit since it was penned. As a result, I’d be willing to bet he’d be able to come up with some new and innovative forms of torture if he was alive during these times—including one method millions of people will willingly subject themselves to when Christmas rolls around.

Next week, travelers around the world will enter the modern circle of Hell that is an airport during the holiday season, but when you think about it, it’s really the people that work at those airports that have to endure the most suffering thanks to the bullshit they’ll have to put up with.

While most of those workers still have some time to mentally prepare themselves for what’s to come, Christmas came early for a few people at Sarasota-Bradenton International Airport on Thursday after a truck came barreling through a wall and into baggage claim during the early hours of the morning.

Tip: The following video is much funnier if you picture the driver saying “Oh yeah!” when he crashes into the room.

Florida Man decides to skip the holidays by destroying SRQ airport and getting himself locked up pic.twitter.com/G0UsY3Rmkm

According to WWSB, the 40-year-old man who was behind the wheel somehow managed to careen through a fence surrounding the airport before driving around a bit and eventually smashed into the airport at 100 MPH on his way to causing $250,000 in damage.

If you’re curious, we also managed to track down a video of the immediate aftermath for your viewing pleasure.

Shout out @bglauser for sharing this exclusive footage of the immediate aftermath and destruction of the SRQ airport incident in Sarasota, Florida. Cannot wrap my mind around how that truck got to where it was. pic.twitter.com/bvuZAKkUEZ

Police say the man who crashed the truck didn’t suffer any serious injuries, and while it’s unclear if he was inebriated, they claim he was driving recklessly on a nearby highway before the incident.

Officials at the airport say they’ve already started to work on repairing the damage, but even with a massive hole in the wall, it still looks nicer than La Guardia.