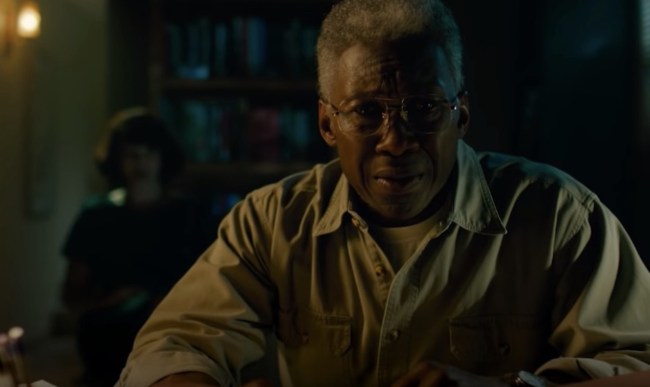 We are almost halfway through Season 3 of HBO’s True Detective. There are 8 episodes in Season 3 and three of them have now hit TV.

‘Who’s the killer??‘ is the question everyone has on their minds. Have we met him or her yet? Was it more than one person? Are they hiding in plain sight? There are some potential spoilers ahead so if you haven’t been watching this season then you might want to leave now.

At the end of episode 2, we saw the handwritten ransom note claiming that Julie Purcell was still alive. The two kids that were kidnapped were Will and Julie Purcell and we know Will is dead because they found the body in a cave. We later learn that Will’s body was arranged in the exact manner as he was seen n his baby christening photograph but it’s unclear yet what that has to do with who the killer is.

This theory about the killer’s identity was floated in a comment on the True Detective subreddit and at first, I was completely dismissive. It seemed too obvious that the showrunners would hide the killer in plain sight like this when it appears as if they already want us to suspect this person. I’ll explain why I think they want us to suspect this person as the killer below but first here’s the theory that suggests Amelia Reardon, Detective Wayne Hays’ wife, is the killer:

I immediately felt weird about Amelia Reardon and would have guessed she’s involved in the murder, later when they reveal the marriage I was scraping that thought, now thinking about the possibility that she wrote her books just to cover the real facts, and considering the emphasis they put on the scene where she says “I am from here, I grew up here”, giving her clear motives to cover up for the town / people, i am back to thinking she is involved somehow, and even further, she might have committed suicide in the future over the guilt she felt having put someone innocent to prison, which is why her daughter doesn’t want to have to do anything with her father and the place anymore.

Another possibility that came up during the last scene of the second episode, when they sit at dinner and have that awkward conversation about Wayne’s daughter Rebecca, is that she’s actually dead, and Wayne is traumatized or just pushing his memories about her death away (mentions multiple times he can’t remember seeing her), which is why he keeps on asking why she’s not coming to visit and his family gets very upset about it. (via) 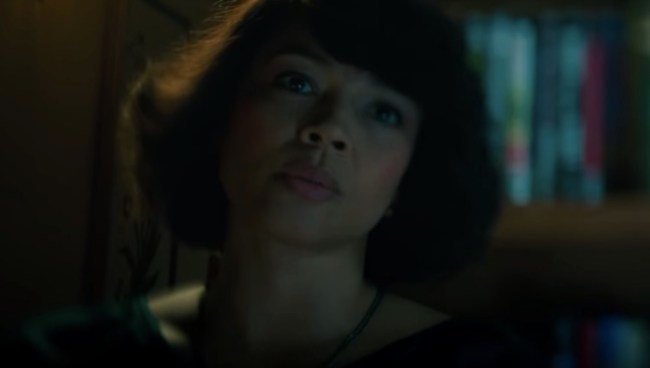 Is it too obvious that the woman we met in the first episode, the kid’s teacher and the lead detective’s wife, would turn out to be the killer? For a show as complex as True Detective I’d normally say, yes, it’s too obvious. The scene in this week’s episode, ‘The Big Never’ (S03E03), where Mahershala Ali/Detective Wayne Hays was having a flashback to his wife tormenting him with words, was definitely an important scene but it’s unclear why.

That was our first look at her potentially sinister side. And it’s really not that far-fetched when you think about her relationship with Detective Hays in the context of how an arsonist always returns to the scene of a fire because they want to ‘be seen’. She could’ve been the one who instigated the relationship with Detective Hays all along because this is some sadistic game and she’s an evil mastermind.

There are some interesting thoughts on The Ringer about her emerging as Will Parcell’s killer:

The general thinking is this: Amelia does all of this to jump-start her writing career, which she tells Hays in 1980 is her dream. Indeed, the Purcell case—which seems to gain national recognition over time—is the perfect way for Amelia to get into crime writing, since she has such an intimate knowledge of the suspects and victims. As part of this theory, it’s possible that 2015 Hays is intentionally trying to remove some thoughts about the case from his memory because he knows Amelia was responsible all along. (via)

However, as pointed out on The Ringer, Amelia had no idea that Julie was still alive in 1990 after they found her fingerprints at a Walgreens so this doesn’t really gel with the idea that she’s the killer. She could’ve had some involvement in it but there are probably easier ways to start a career as a ‘true crime’ writer than kidnapping two kids, killing one, and losing the other. Right? Right.

My hunch is there isn’t just one killer and that someone we’ve met so far was involved but didn’t directly do the killing. I don’t think we’ve seen a character yet who’s either unhinged enough to have committed murder to appears devious enough to cover up the crime (Amelia might fit this bill).

In an 8-episode season, it also seems crazy that HBO would reveal the killer to us this early unless we haven’t even seen the true plotline of this season yet. It’s possible that this season isn’t about the Purcell kids’ murders at all but about uncovering the truth about Amelia Reardon.

What do you bros think, is she currently the most likely suspect or is there someone else who jumps out to you as the likely killer?