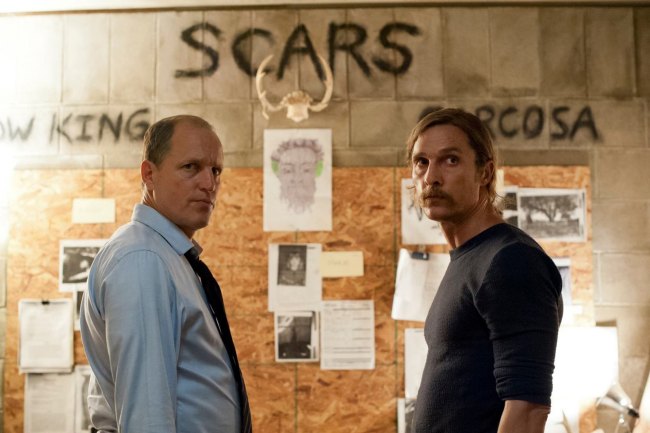 The first season of True Detective was unlike any television I’d ever seen. I actually remember tuning in every Sunday night quiet vividly. I was living in a frat house at Rutgers and dating a bi-sexual chick. True story. What a ride. But I digress.

Every Sunday, I and my fellow True Detectives in the crib would pile into the living room to dive into the latest episode of True D, cigarettes and all. We even have a riutal: every time Matthew McConaughey’s — who was in the midst of his McConnissance at the time — Rust Cohle fired up a cig, so did we. We weren’t just watching True Detective, we were living True Detective and it was fucking intense. I still can feel the electricity in the room during that iconic one-take raid.

From there, though, True Detective ultimately fell off, as season two is widely considered to be a dud, while season three — although an improvement — failed to recapture the cultural zeitgeist as season one did back in 2014. I personally gave season three a shot but bailed at about the halfway point. It just couldn’t hold my interest.

And still, despite the series’ waning quality, HBO isn’t quite ready to let the franchise die, as Chief Creative Officer Casey Bloys recently revealed that the network is developing a fourth season of the mystery drama.

“It’s safe to say we’re working with a couple of writers to find the right tone and take. It’s definitely an area that could be very interesting and I think it would be interesting with a new voice. Quality is what’s going to guide us so if we end up with scripts that we don’t feel are representative or are not at a high enough quality, we’re not going to do something just to do it,” Bloys said.

Although Bloys wouldn’t comment, there has been speculation that Lucia Puenzo, who co-created buzzy Argentinean drama Cromo, and Euphoria creator Sam Levinson were among those that have been developing a new take on the series. [via Deadline]

True Detective obviously has a format that works — two stars solving a mystery — now they just need to find the right story.