The Disturbing Untold Truths Behind ‘The Purge’ Movie Franchise 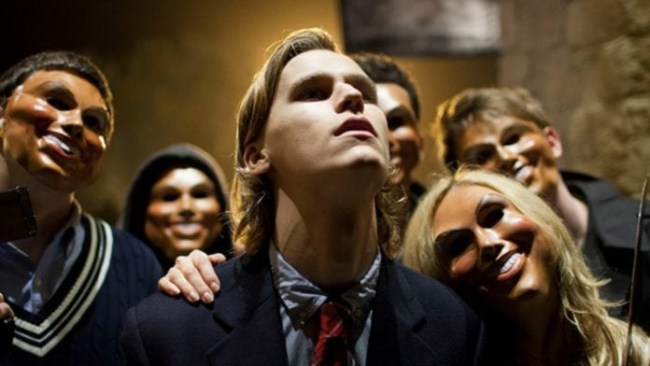 With news coming down on Thursday that the very popular movie franchise The Purge will be coming to an end with the next film, now seems like a good time to discuss the fact that there are some very disturbing truths behind the creepy series of horror movies.

Since the first Purge film came out in 2013, the franchise, which produced three more movies as well as a new TV series, has grossed over $447 million worldwide against a combined budget of just $35 million. Not a bad return on investment. Apparently, people love crazy.

That being said, the craziest thing about The Purge film franchise might be the fact that the tales they tell are not completely made-up fiction.

In fact, the concept of The Purge was very much lifted from real life.

Back in the day, and I mean way back, Roman Pagans celebrated a festival called Saturnalia in honour of the god Saturn. What’s so odd about that, right? Well, during the festival, which ran from December 17th to the 25th, it was pretty much anything goes. Rampant overeating, drunkenness (a sober person was considered to be an exception), gladiator events, gambling, rape, murder, and, oh yeah, human sacrifice, were all common, while courts were not in session, so no justice was administered. Nice, huh?

Also, did you know that Star Trek used the premise almost 50 years before the first Purge film? Because they did, in an episode entitled “Return of the Archons.”

After he and his wife were cut off by a drunk driver, DeMonaco ended up wrestling the guy to the ground until the police arrived. When he and his wife got back into their car they were both furious and his wife turned to him and said, “Wouldn’t it be great if we could have one free one a year?”

DeMarco told Den of Geek, “Her one statement stayed in my head, and seeing the difference in cultures in France, Canada and America, and what was happening in our society with all the shootings, her statement just popped. I thought, maybe not one free one every year, but maybe one night… I thought it was a metaphor for America’s obsession with guns and violence.”

And thus The Purge was born.

Check out the video below for even more details about the dark truths behind The Purge.