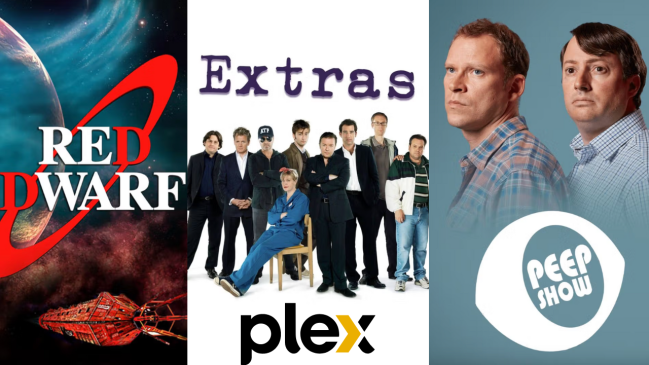 Here’s a hot take: British people are funnier than Americans. I’ve known this since I was a kid when my dad sat me down to watch old Monty Python episodes. If someone recommends a British comedy to you, watch it. Now, thanks to Plex, you can access an incredible library of British TV free of charge.

Whether you’re watching Extras with familiar comics that you know like Ricky Gervais and Stephen Merchant, or Peep Show with not-so-familiar faces that you should know like David Mitchell and Robert Webb, you’re sure to find something that will have you dying laughing.

I’m personally a huge fan of The Mighty Boosh, which combines impromptu musical numbers and a bizarre supernatural setting for just the right amount of weirdness that I look for in comedies.

Here are some of our other favorite UK comedies available now on Plex:

WATCH THE ENGLISH CHANNEL ON PLEX

In addition to the best British comedies, The English Channel also has amazing dramas and other hidden gems that showcase the best of UK television:

Sign up for Plex and get access to all of that and more, whether you’re catching up on recent hits or traveling down memory lane with some of your favorite directors.

Did we mention that signing up for Plex is free? Over 50,000 on-demand titles and over 250 live channels that you can watch on your TV, computer, or phone and it’s free! What are you waiting for? Sign up for Plex today at the link below. Happy streaming!