Tupac Shakur Found Alive, And White, After Being Charged With Pulling A Knife On A Cop In Tennessee 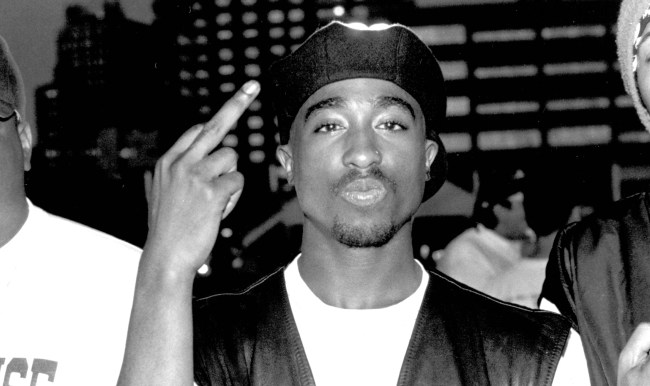 The long, long, long search for Tupac Shakur may finally be over, folks!

Because this past Saturday night, a 40-year-old white guy named Tupac Shakur was arrested in Johnson City, Tennessee after reportedly pulling a knife on a cop.

Now, I know that Tupac Shakur was not a white guy, and he would be 48-years-old, but don’t you get it? This is the real reason why it has been unbelievably difficult for anyone to track down the truth!

I mean, this guy’s full name is Tupac Amaru Shakur – exactly the same as the supposedly deceased rapper – so it’s definitely him.

According to the Johnson City Press, when Shakur was approached by police to take him into custody on some outstanding warrants, Tupac reached into his waistband and pulled out a knife. Officers were reportedly able to subdue and cuff Shakur after a short scuffle.

Tupac had a syringe and multiple baggies of methamphetamine on him at the time, according to police, and was charged with aggravated assault, resisting arrest, simple possession of methamphetamine and having unlawful drug paraphernalia.

Shakur, who currently lives in Elizabethton, Tennessee, was placed in the Washington County Detention Center under a $18,000 bond with his arraignment set for Monday.

Damn Pac went all out to change his identity after faking his death in Vegas. Although he did make the one crucial mistake, forgot to change his name.

LOL i knew he was still alive

Lmfao!! Technically he is a real Tupac!