Suge Knight Jr. Addresses His Conspiracy Theory That Tupac Shakur Is Alive And Living In Malaysia 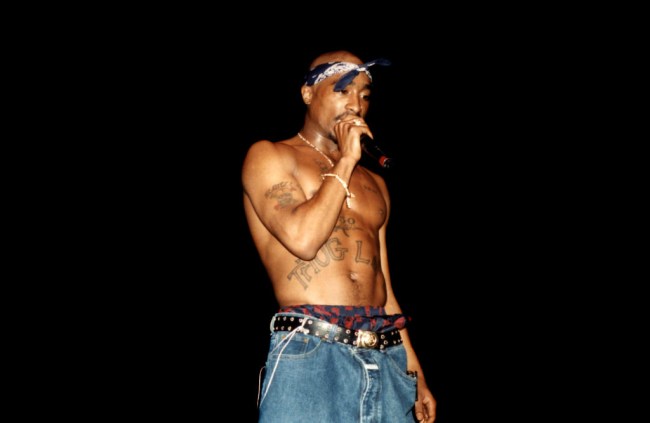 Nearly a year ago, Suge Knight Jr. made shockwaves around the world when he proclaimed that Tupac Shakur was alive and living in Malaysia. Despite never providing any proof of the unbelievable claims, the son of the Death Row boss has addressed the Tupac Shakur conspiracy theory in an effort to promote a new VH1 TV show that he starring in.

Last October, Suge Knight Jr. said that Tupac was still alive despite being shot four times during a drive-by shooting on September 7, 1996, in Las Vegas following the Mike Tyson heavyweight fight at the MGM Grand. Tupac Shakur died on September 13, 1996, from his gunshot wounds at the age of 25.

“When I said it, the whole world stopped moving,” Suge Knight Jr. told Yahoo. “Everybody was like, ‘What’s going on?’ I went and got 200,000 followers within two days.”

He added, “And I was like, ‘Wow, like this is, this is crazy. Germany’s calling me [to do interviews], and I don’t even speak German!’ So, I don’t even know what to do.”

Then Suge Knight Jr. said: “Pretty much the reason why I did it, there’s a purpose for it, and you actually have to tune into the show to see why.”

Suge Knight Jr. is using his Tupac conspiracy theory to now promote Love & Listings, a new VH1 TV reality series that kicks off today and he is starring in.

“Love & Listings chronicles the lives of a group of young and ambitious real estate agents as they cater to celebrities, athletes and the elite in Southern California,” the TV show’s description says. “At times, they mix business with pleasure or get caught up in the drama of the industry, but at the end of the day, these agents know if they can’t work together, it could cost them millions.”

In January, Suge Knight Jr. claimed that new 2pac music was coming. “I GOT PAC BACK IN THE STUDIO. NEW MUSIC COMING,” Suge junior stated on an Instagram post.

“This ain’t a joke. #NewDeathRow ??/?? Coming soon,” he said. “I NEED THE HOTTEST PRODUCER TO WORK ON A PROJECT FOR PAC.” Nearly seven months later we have yet to get new music from 2pac.

Also in January, Suge Jr. also wrote on Instagram: “I’m not on drugs. I’m a Knight. They think Knights are a threat. I will continue to move smart. I’m not snitching on Pac, never the case.”

Six months ago, the elder Suge Knight said that he had an album-worth of unreleased 2pac music. The Death Row boss made the surprising announcement from the Richard J. Donovan Correctional Facility in San Diego where he is serving a 28-year sentence for the fatal hit-and-run from 2015.

Tupac, who was Suge Knight Jr.’s godfather, has had a number of sightings since his death, but there have been no credible sightings of the deceased rapper. But there is no shortage of wild conspiracy theories that suggest that Tupac Shakur is alive.