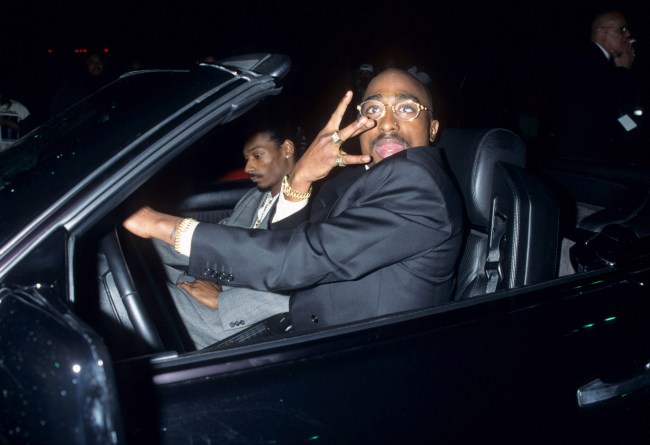 It has been 8,284 days since Tupac Shakur succumbed to his injuries from a drive-by shooting in Las Vegas and passed away. However, a new conspiracy theory suggests that Tupac did not die on September 13, 1996, at the age of 25. A conspiracy theorist states that they have proof that Tupac survived the shooting and was alive as late as 2006.

WiredUp TV, a YouTube channel that regularly uploads conspiracy theories that Tupac Shakur is still alive, posted a new video alleging that the legendary rapper survived his 1996 shooting. In the video uploaded to YouTube on Sunday, it alleges that Tupac Shakur starred in a music video from 2006.

“Look at the guy next to the gentleman with the face furthest to us, the guy smoking a cigarette, that’s Tupac Shakur,” the narrator in the video says. “We have just got confirmation.” The man in the music video appears to have a resemblance to 2pac, especially with the signature mustache and bald head. 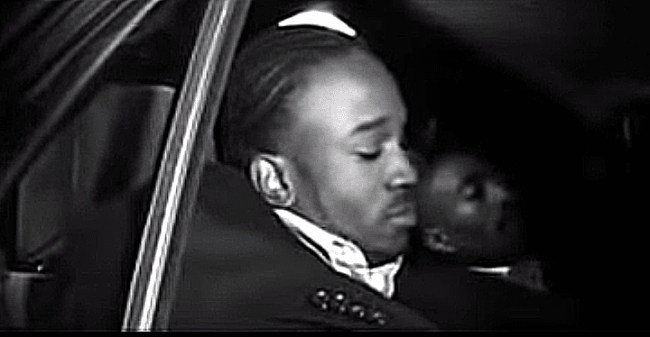 The song is titled “Amsterdam to L.A.” and is performed by a little-known rapper named Chillo. The rapper from Amsterdam released a music video for the track and it stars Tupac or someone who looks like the iconic Death Row rapper. The music was filmed and released in 2006, exactly 10 years after Tupac’s death.

In a message board, the Dutch rapper Chillo confirmed the person in his video is Tupac Shakur. “It is 2pac but I cannot say more… sorry,” Chillo wrote.

You can see the moment that Tupac or the Tupac look-a-like shows up in the music video at the 1:44-mark, 2:07-mark and 3:10-mark. At one point, there appears to be a photo of Tupac and it oddly has the words “f.b.i” above his head.

RELATED: Tupac’s Murder Suspect Orlando Anderson Was Outed To Police By His Own Aunt According To Former LAPD Detective

A YouTube video from 2012 alleges that Chillo confirmed that it was Tupac in the music video. “He finally messaged me back,” the YouTube description states. “Ask him yourself.” There is no confirmation that this communication is legitimate or if that is actually Chillo’s email account.

Naysayers argue that the rapper in the video is Kasinova Tha Don, who has been compared to 2pac.

This conspiracy theory comes only days after another video from WiredUp TV that alleged that Tupac didn’t die in 1996. The video claims that an old interview between Tupac and Sway Calloway from 1996 is a farce because Sway slips up and talks about satellite radio, a thing that didn’t actually exist until 2001.