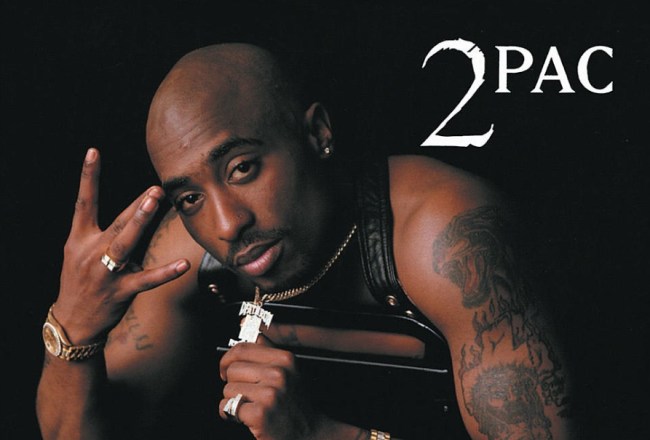 A 66-year-old Tupac Shakur superfan was forced out of his job in Iowa after he emailed all of his fellow employees 2pac lyrics and hosted “Tupac Fridays” at work. Who knew that being dope was a fireable offense?

Jerry Foxhoven doesn’t like Tupac. Jerry Foxhoven LOVES Tupac! The 66-year-old Foxhoven was the director of an Iowa social services agency until his passion for Tupac was deemed inappropriate for the workplace.

During his two years as Iowa’s Director of the Department of Human Services, Foxhoven sent 350 pages of emails about Tupac Shakur to all 4,300 employees of the office and he reportedly tried to “break down racist stereotypes about rap music” at work. Foxhoven attempted to motivate fellow coworkers by sharing the lyric from Changes — “It’s time for us as a people to start makin’ some changes.” We should all be so lucky to have a colleague like Jerry Foxhoven.

Foxhoven, who was a longtime Drake University law professor, held a weekly event called “Tupac Fridays” where he played 2pac joints all day in the office. On Foxhoven’s 65th birthday, the Pac superfan brought in Tupac-themed cookies that were decorated with the words “Thug Life.” On Valentine’s Day, he shared 2pac lyrics about love. The perfect boss doesn’t ex…

Tupac would have been 48-years-old on Sunday, June 16, 2019. To commemorate the special occasion, Foxhoven sent an agency-wide email to remind everyone that it would be Tupac’s birthday and that they should listen to some 2pac music over the weekend to celebrate.

Foxhoven’s latest Tupac lovefest that was sent to all of his coworkers through email was apparently the last straw. Apparently, it was Jerry against the world because Foxhoven’s employers hit’em up with a resignation proposal. “Through every dark night, there’s a bright day after that. So no matter how hard it get, stick your chest out, keep your head up, and handle it” – Tupac’s In My Heart.

With all eyez on Jerry Foxhoven, Iowa Governor Kim Reynolds told Foxhoven to resign on June 17. A spokesman for the governor wouldn’t confirm or deny that Foxhoven’s email was the reason for his firing. “As the governor has said, a lot of factors contributed to the resignation of Jerry Foxhoven and now Gov. Reynolds is looking forward to taking DHS in a new direction,” said spokesman Pat Garrett. Even though you’re fed up Jerry, you gotta keep your head up.

Foxhoven said that Reynolds decided to “go in a different direction.” Governor Reynolds must be a Biggie fan.

“Never surrender, it’s all about the faith you got: don’t ever stop, just push it ’till you hit the top and if you drop, at least you know you gave your all to be true to you, that way you can never fall” – Tupac Shakur.

How do we elect Jerry Foxhoven as President of the United States?

Don’t sweat it Jerry, life goes on and only God can judge you.

This one goes out to Jerry Foxhoven.