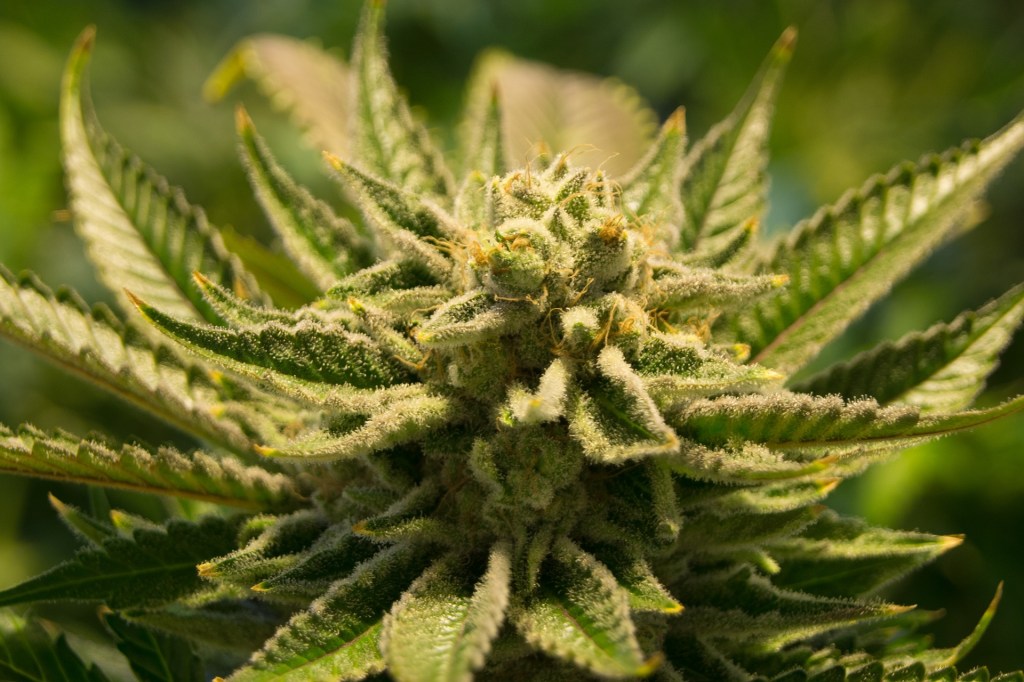 Every day on Twitter there’s a ‘main character’. There are thousands and thousands of jokes about this. If you are lucky, you’ll never become the main character on Twitter because being that person means millions of people are roasting you.

Today’s main character is a local new anchor from KMOV in St. Louis who fired off a tweet about how parents can identify if their teens are doing drugs by looking for ‘signs’. This is a segment that’s been done countless times on the news. South Park even did a parody on it years ago with ‘cheesing’ where the kids were huffing drugs from the butts of cats.

Would it be helpful for parents to identify if their teens are doing drugs? Sure. Parents have every right to know what their kids are up to. But instead of using an actual bedroom or any real ‘signs’ the tweet included a picture of the most staged bedroom you’ll ever see. There’s even a ‘Mile 420’ sign.

You can see office blinds to the right of the fake bed. The linoleum of an office building on the ground. You have to wonder if anyone’s ever even seen a bedroom before. It’s all laughably bad but the replies are spectacular. So buckle up and enjoy

Looks like a normal teen’s bedroom, right? Think again. Coming up on @KMOV, we’ll show you what parents should be looking for so they can identify signs of drug use. I was shocked at what I found in this room!!! #stl #n4tm pic.twitter.com/Df2yegDPUq

trying to hide weed from my parents with my mile 420 sign https://t.co/EPca7YdXMr

People are talking about the Mile 420 sign, but I think the most disturbing thing we need to discuss here is the plague of teenagers using office-building carpet tile in their bedrooms. https://t.co/PqF04VngAY

No, it does not look like a “normal teens bedroom”. It looks like a local news station had a spare room in their office and decorated it how they think a teenage stoner would decorate it. “Ah yes, make sure you get the mile 420 sign in the shot! And throw a bra on the ground” https://t.co/NykKIAdPGK

The tie dyed backdrop? That's made of weed. The fill light? Weed. That sign that says "Mile 420"? Actually, that's just aluminum. Anyway, if you lift the mattress, you'll see the stairway that takes you to the underground meth lab. https://t.co/x26brADk0P

The “Mile 420” sign indicates that whoever lives here doesn’t actually smoke pot, just like the “Kink Palace” sign I had on my dorm room door indicated that no sex was actually occurring inside. https://t.co/Z8TqQ1Cl8t

If your teen is living in a commercial office space, complete with drop-down ceiling & high-traffic carpeting, you have bigger concerns than whether or not he/she is using so much cannabis that they have turned their bedroom into a dispensary, complete with "Mile 420" sign. https://t.co/BDp6tmLFQ2

Congrats to all the kids who got away with smoking weed because they did not have a “Mile 420” sign in their rooms https://t.co/XAfAtoWH5i

Mom questioning teenage me: "mom chill, I'm just holding on to the Mile 420 sign for a friend" https://t.co/4JRS7k5FOO

It’s nice to see everyone on Twitter having fun again instead of blocking and reporting each other all day every day because everything sucks. People are laughing about drugs again. Nature is healing.

Mile 420 is one definite sign of drug use but when you see a lint roller on your child’s nightstand you need to check them into rehab immediately https://t.co/gf3Y5AJ0t7 pic.twitter.com/6OKfUi3aca

Saw that Mile 420 was trending and I thought someone stole the milemarker sign out by Burlington again.

Personally I would be appalled that my kid had managed to nab a Mile 420 sign and didn't get me one too.

Imagine working for a mainstream media organization and thinking that anyone alive hasn’t at least heard mention of ‘420’ before. 100 out of 100 Americans polled will know what 420 is about.

By the way, you can find me anytime on Twitter at @casspa.