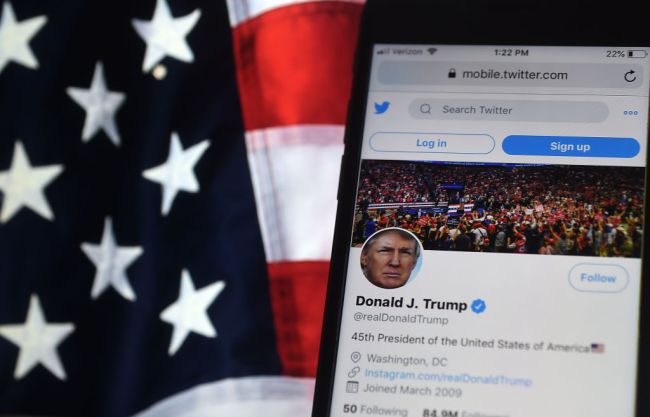 Twitter announced this week that wishing death or harm on President Donald Trump after his COVID-19 diagnosis and admission into Walter Reed Military Hospital will lead to an immediate repercussions.

The social media platform told Motherboard falls under the “abusive behavior” rule that’s been in place on Twitter since April.

“Content that wishes, hopes or expresses a desire for death, serious bodily harm or fatal disease against an individual is against our rules,” Twitter said in a statement to the website.

Twitter told Motherboard that “users are not allowed to openly hope for Trump’s death on the platform and that tweets that do so ‘will have to be removed’ and that they may have their accounts put into a ‘read-only’ mode.”

The anti-abuse policy bans tweets “hoping that someone dies as a result of a serious disease.”

“We’re prioritizing the removal of content when it has a clear call to action that could potentially cause real-world harm,” Twitter added but stated they “won’t take enforcement action on every Tweet.”

President Trump will spend “the next few days” at Walter Reed National Military Medical Center. Trump had a fever Friday, received the experimental Regeneron treatment and the drug remdesivir.

The First Lady, three Republican senators, along with Kellyanne Conway and Bill Stepien, are among the other Trump insiders to test positive.

Just remember – when it comes to making fun of people for not wearing a mask, take the high road.