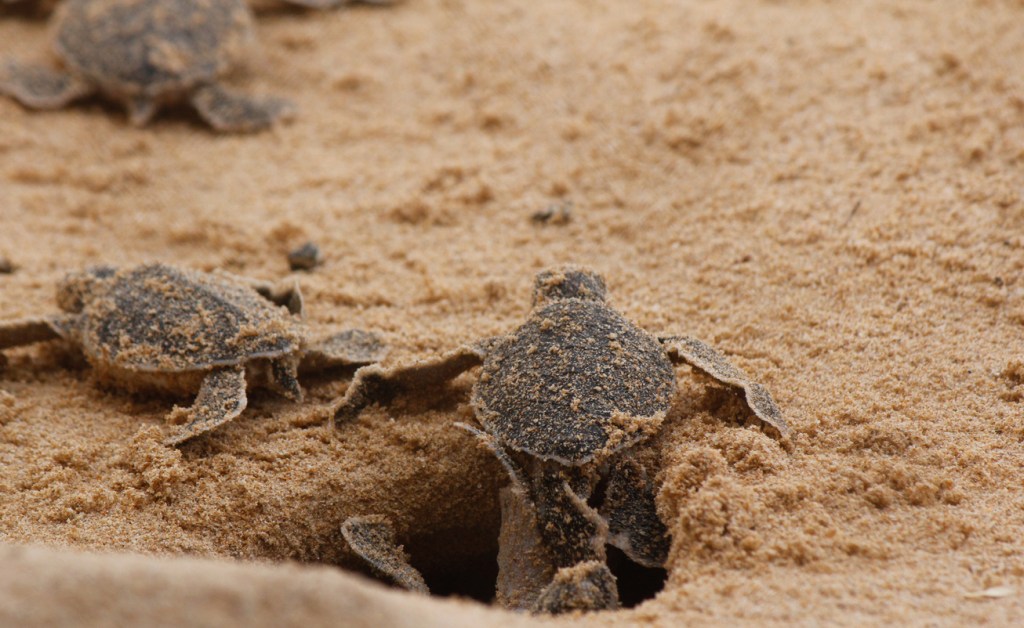 When you see a two-headed creature it’s kind of easy to understand how ancient civilizations might believe these fantastical-looking creatures were special. In fact, they are special. They’re incredibly rare. A two-headed bull might not shoot lightning bolts from its horns but it is still a wild sight to behold.

The odds of a two-headed turtle surviving in the wild are incredibly rare for many reasons but that didn’t stop the Sea Turtle Patrol at Edisto Beach State Park from releasing it into the wild. They found this two-headed sea turtle along with two other hatchlings during a routine nest check.

This is a wild sight to behold:

“Edisto Beach State Park sea turtle patrol had a very rare find during a routine nest inventory. Three to five days after a sea turtle nest shows signs of a major emergence, we dig down to determine the success of the nest by counting the hatched eggs, unhatched eggs and on occasions also find live hatchlings.

While performing an inventory this past Wednesday, patrollers and volunteers found three alive loggerhead sea turtle hatchlings still in the chamber, but one hatchling in particular stood out because it had two heads! This two-headed hatchling is the result of a genetic mutation. Other two-headed hatchlings have been found in South Carolina in past years, but this is a first for the patrol team at Edisto Beach State Park. After a few photos, this hatchling, along with the two others found, were released into the ocean.

Edisto Beach State Park is located about halfway between Charleston and Hilton Head. And if you ever get the chance to see one of these sea turtle nest hatches I highly suggest you go check it out. I got to experience one as a kid and the researcher from Mote Marine let me help carry the turtles to the water so they could swim free. I remember it more vividly than 99.99% of the days from my childhood.

If Edisto Beach State Park sounds like a familiar name to you but you’re not from that area it’s possible you’re into shark’s teeth. It is a very popular area for anyone in search of rare sharks teeth.

In addition to turtles, snakes, sharks, prawns, and bulls there can be two-headed humans (conjoined twins) but it is incredibly rare. It’s estimated that every 1-in-50,000 to 100,000 pregnancies involves conjoined twins but the babies are rarely born and only ~1-in-every-200,000 live births for humans is conjoined twins.