Two Planes, One Military, Report Seeing A ‘Bright Green UFO’ In The Clouds Over Canada 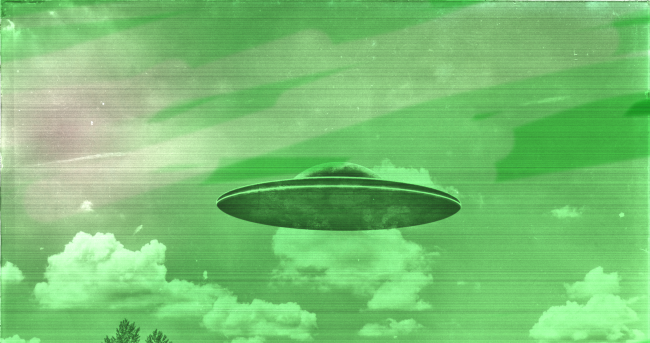 According to Canada’s Civil Aviation Daily Occurrence Reporting System (CADORS), two separate planes, one military and one commercial, reported seeing the same UFO, a “bright green flying object” that “flew into a cloud, then disappeared on July 30, 2021.

The green UFO sightings took place on the Atlantic coast of Canada over the Gulf of Saint Lawrence between Quebec and Newfoundland.

The Canadian military plane was flying from a base in Ontario to Cologne, Germany as part of a mission to bring at-risk Afghan personnel to Canada. The KLM Royal Dutch Airlines flight was traveling from Boston to Amsterdam.

LiveScience reports “the military plane climbed 1,000 feet (300 meters) in altitude at the time of the sighting” and speculated that it was either trying to “avoid the object or get a closer look at it.”

In a statement to VICE World News, a Canadian military spokesperson said Canada’s air force has “no intent or need to investigate this further.”

“In this particular incident, there is nothing to indicate that what the crew saw posed any kind of safety risk to the aircraft,” they added. “We believe that they saw something—they would not have filed a report otherwise.”

A spokesperson from Nav Canada, the private company that operates Canada’s air traffic control system and whose employees would have received the initial reports, told VICE World News that “there is no additional Nav Canada information available for these events.”

So, I would like to know if the #RCAF pilot changed course to avoid it, changed course to see what it was, or if the swerve-like course correction was completely routine and just a coincidence. #CFC4003 pic.twitter.com/p4p3VaPPZQ

The CADORS report non-specifically lists the various possibilities of what the two airplanes may have encountered as “weather balloon, meteor, rocket, CIRVIS/UFO.”

“The Gander area control centre (ACC) reported that, at 0155Z, a Government Of Canada, Department of National Defence flight (CFC4003) from Trenton, ON (CYTR) to Cologne/Bonn, Germany (EDDK) and a KLM Royal Dutch Airlines Airbus A330-300 (KLM618) from Boston/Logan, MA (KBOS) to Amsterdam/Schiphol, Netherlands (EHAM) reported seeing a bright green flying object,” the report reads. “It flew into a cloud, then disappeared. No impact to operations. (This record replaces CADORS 2021Q2178, which was deleted due to incorrect region).”

As Steffan Watkins, a open source research consultant focused on debunking misinformation and disinformation about planes, ships, and the Open Skies Treaty, did point out, this particular UFO sighting “would have been at the early stage of the Perseid meteor shower,” then also added, “but don’t be a buzzkill.”