For Two Weeks, They’ve Shut Off The Water In Our Apartment; This Is How Bad Things Look 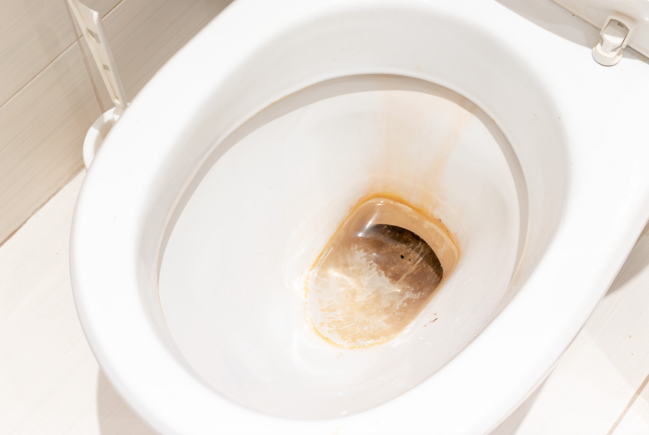 For the past two weeks, a construction crew has turned our apartment into a poop sauna on a daily basis. They are doing something to the street outside that requires them to shut off the water to our entire building from 8AM-4PM every day. The signs we find in the elevator vaguely tell us they are “upgrading the infrastructure in our area.” That could mean anything, really. Drilling a new subway tunnel? Feeding the pre-teen turtles in the sewer? Installing faster routers to satisfy the growing Esports community? Who knows.

The only thing I can say for sure is that the crew is NOT in a rush. Sense of urgency? Ha, not these guys. Hakuna Matata! In golf terms, their pace of play would result in a letter in their locker at even the most laid-back private clubs. Obviously, construction or municipal workers moving slowly is hardly a new phenomenon. But when you’re living in a hot box of your own fecal fumes, you see the the boot-dragging cigarette breaks, the morning coffee story-sharing circles, and the texting sessions as a personal affront.

My girlfriend and I can’t flush the toilets until 4PM every day. And given that the human body doesn’t exactly abide by random water shutoff schedules, this has led to an unpleasant living situation. We’ve developed an unspoken system: when the door to the bathroom is closed and the toilet lid is down, that toilet has been “KIA” (killed in action). We’re lucky to have two bathrooms in our apartment—one full, one half, though these days, they’re both pretty full, if you get what I mean—and we each get one crack at the toilets once the water is off. But after that first flush, GOD FORBID your insides are active that day. Because then, the toilets in our hip, expensive Brooklyn apartment become portapotties at the Kentucky Derby. After that first run, you’re layering, so to speak.

People with knowledge of toilets have told me to keep some kind of liquid on hand to fill the toilet tank manually, which would allow us to keep flushing. But you can only pour so many sparkling seltzers into a toilet before you feel bad about wasting cocktail mixers (I wish I were making this up). Having said that, there is something quite pleasant about washing one’s hands with a lemon Spindrift. The effervescence of the water, combined with the gentle lemony flavor, makes your hands tingle and smell fresh. Still, pouring four Spindrifts into a toilet tank is more than my thrifty heart can stomach.

No showers during the day. Not a huge deal for most, but in these dog days of the pandemic, I occasionally find myself losing my mind around 2PM and the only cure is a full-blast Peloton workout to cycle the psycho out of my brain. And without the ability to shower until 4, it certainly limits my ability to remain sane.

Can’t do laundry during the day. Can’t water the plants. Can’t wash my face, hands, feet. These may all sound like small problems, but when you’ve been dealing with it every single day for two weeks, they add up. My patience for this waterless world has run dry.

There is no end in sight, either. We are at the mercy of these construction workers. I have half a mind to head out there and dump all over the seat of their own portapotty. It might even be a better situation than the one I find myself in. But something tells me they would beat the shit out of me. They’re real men.

For now, I’ll continue to stew in my own anger. Among other things.