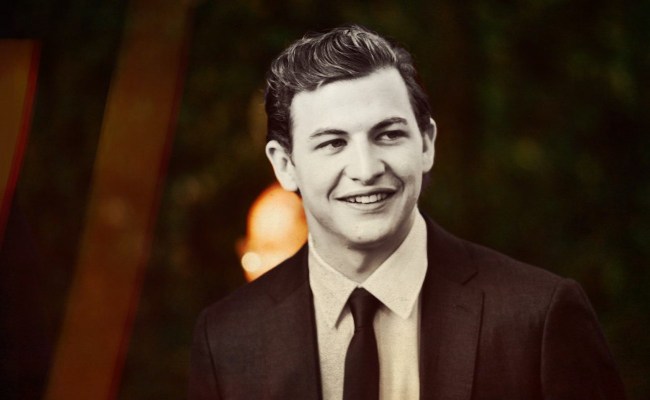 I’m 27-years-old, turning 28 next March. What’s odd about this particular moment in life is how old you feel is really only a matter of perspective. If I were to scroll through the Instagram of my union buddy from high school who’s already a mortgage and a pregnancy into adulthood, I’d feel that 27 is still — despite how I may feel the night after going out — on the younger side of things. Conversely, a couple of clicks through my immature college ex-girlfriend’s Snapchat would have me feeling the opposite.

Our relationship with time and how it relates to who we are is one of the fundamental tenants of being human. The age you are and the experiences you’ve had in that span of time largely dictates the life you lead, barring something extraordinary. Yes, we’ve seen wunderkinds graduate college at 17 and military veterans get their degrees at 30, but for the most part, 18-to-23-year-olds are college kids and therefore act like it. Tye Sheridan, however, is one of those examples of the extraordinary.

Despite being just 23-years-old, the Texas native has already lived a lifetime worth of experiences, particularly as it pertains to his already A-list career. Still young enough to comfortably fit in at the college bars that I was making a fool out of myself out when I was his age, Sheridan has already starred alongside Matthew McConaughey (in 2013’s Mud, his *second-ever* film appearance), as one of the X-Men (he played Scott Summers/Cyclops in the most recent trilogy), and most notable of all, as the leading man in a Steven Spielberg film (Ready Player One), which puts him in a lineage that includes the legendary likes of Harrison Ford, Tom Hanks, Leonardo DiCaprio, Tom Cruise, and more.

It’s fitting, and not a coincidence, that Sheridan has the maturity required to navigate such a rapidly booming and evolving career, as my biggest takeaway from our nearly hour-long conversation was how thoughtful he was. He chooses his words carefully and his projects even more so, with his latest being the ultimate reflection of that thoughtfulness. He wants to tell stories that matter.

You may think superhero movies represent the baseline of cinematic simplicity, but when asking Tye about them, he launches into a pensive soliloquy about the benefits of optimism and what it means to be a vehicle to that emotion for the masses. When asked about his new survival thriller Wireless, he ruminates on man’s relationship with technology.

RELATED: The First Trailer For ‘Wireless’ Weaponizes Our Primal Fear Of Getting Lost

Our relationship with technology, and particularly our cellphones, is at the heart of Wireless, which finds Tye’s character Andy lost in no man’s land with only his cellphone to save him — a cellphone that is also ironically the reason he finds himself in such a dire situation in the first place. And just like the actual idea in which Wireless is examining — our growing reliance on technology — Tye is able to elevate the project into something more than mindless, hollow thrills not only due to his undeniable talent but his belief in the story that the series is telling. And that’s what makes him such an exceptional actor: he wants to tell stories that matter.