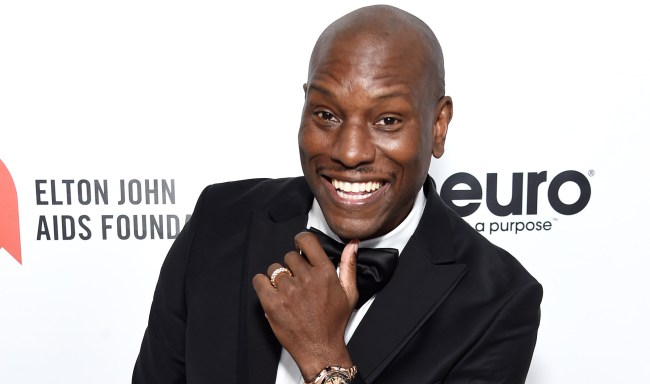 If we have learned nothing else from this never-ending pandemic it’s the fact that there are a LOT of people out there who are more than willing to dole out advice who have no freaking idea what the hell they are talking about.

Tyrese, who near as I can tell is famous for two things: (1) being in the 76 Fast & Furious movies, and (2) getting his butt handed to him by The Rock in the most one-sided celebrity feud to last almost three years.

This week, however, Tyrese is making waves on the internet with his very odd take on how to prevent getting infected with the coronavirus.

According to Tyrese, he sleeps with the heat in his house at a sauna-like 90 degrees every night.

Why does Tyrese do such a strange thing?

Well, first off, the 41-year-old actor says he has been doing this for the past 15 years. Second, he thinks that by cranking the heat up to 90 in his house he is killing COVID-19.

“Random sh*t I think of on flights… One of my secrets for staying COVID free is I sleep with the heat on 90 degrees every night lol ….Been sleeping at this temp for 15 years so it’s nothing new….. But….. Rumor has it if you catch Covid it doesn’t survive warm temperatures? …..” Tyrese revealed on Instagram. “Another random thought is people are not loyal to you… They are loyal to what they want FROM you…. It’s ok to be cool with people who you clearly see and KNOW they want something…. As long as you are CLEAR about their CLEAR intentions….. Just know… Soon as they don’t get what they want…. They will disappear faster than you can blink…. And just leave you standing there confused, shook and feeling like wtf just happened…… I’m a self professed alpha empath….. My alpha will turn fragile insecure people away… When that happens it makes me happy cause I have one less person to love and care for…..”

If such a statement, made to Tyrese’s 13.4 MILLION followers by the way, makes you say to yourself, “what?” you are far from alone.

In fact, one could say Tyrese has been getting … (wait for it) … roasted.

I just wish he would’ve kept this in the drafts... we going thru enough as it is. pic.twitter.com/SCovirUmDH

Someone let dude know it got over 100 in the south during the summer and Rona still around. SMH

When he started the second part with “ and people are not loyal to you” i stopped and looked around like i was in the office pic.twitter.com/KubkldDKc7

Well that took a turn. To where, I do not know pic.twitter.com/jQIn0dFohj

him sleeping at 90 degrees for 15 years explains so much https://t.co/Ti2tpx1SF9