The Rock Doubles Down, Puts Tyrese In A Bodybag With Another Comment Regarding The Success Of ‘Hobbs & Shaw’ 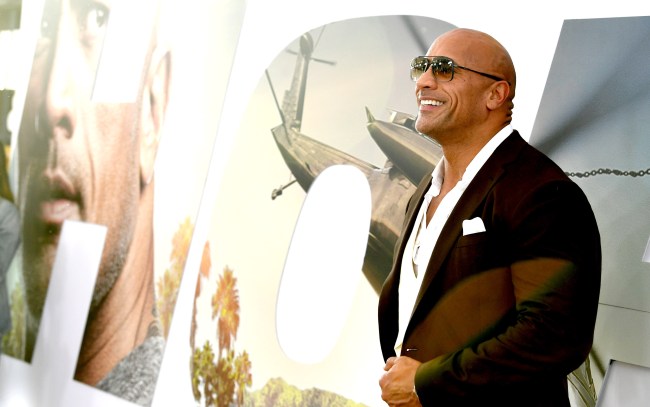 As anyone who has watched Dwayne Johnson over the years, especially when he was in the WWE, if you’re going to come at The Rock you better come hard because if you don’t he will bury your ass.

This is a lesson Tyrese Gibson should be learning today (but probably isn’t) after The Rock doubled down on social media, dropping yet another not-so-subtle shot at the Fast and Furious lifer for all his whining about Johnson’s movie Hobbs and Shaw.

As you probably recall, The Rock called some of his co-stars “chicken sh*t” and “candy asses” after completing filming on The Fate of the Furious, and then went on to sign his own deal for a Fast and Furious spinoff, sending Tyrese into a spiral for what he perceived as disrespect to his financial lifeblood.

Gibson, at various points, has blamed The Rock for everything from Fast and Furious 9 production delays to him being broke and having problems with his family.

Tyrese was still at it following the release of Hobbs and Shaw, gloating about what a “poor” opening weekend The Rock’s spin-off had, writing, “I have to show my respects for one thing…. He tried…….. Folks called me a hater…. Attacked me for speaking out…..Breaking up the family clearly doesn’t have the value that one would assume it does. 180 million dollar global opening on Hobbs and Shaw is NOT a win … Again my respects cause he tried his best.”

The Rock bided his time then dropped a tweet about Hobbs and Shaw actually being a success, and how “the best way to shut the mouth of a 🤡 is to flex with success and a smile.”

Fast forward another month and The Rock went for the kill, posting on Instagram a photo of a story about how much money Hobbs and Shaw has made.