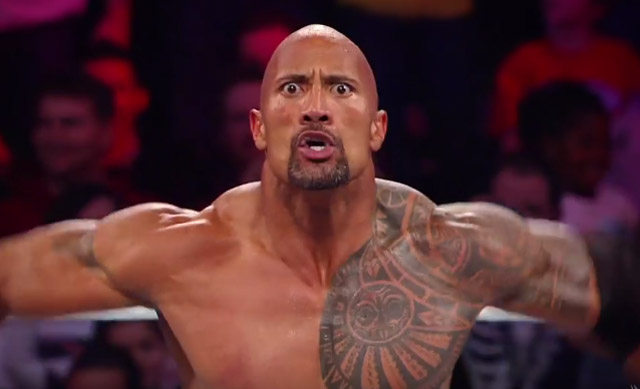 Earlier today we brought the awesome story of Dwayne “The Rock” Johnson throwing some massive shade at some of his co-stars on Fast 8.

In case you missed it, “The Rock” called out some of the men on the set saying, among other things, “Some conduct themselves as stand up men and true professionals, while others don’t. The ones that don’t are too chicken shit to do anything about it anyway. Candy asses.”

While it seemed very out of character for Johnson to do such a thing and made me question whether it was legit or just “The Rock” basically cutting a wrestling promo for the film, TMZ says that some members of the cast are now really pissed.

The Rock’s male co-stars in “Fast 8” are all pissed at him for obliquely calling some of them out as candy ass divas … and they think his tirade is all about ego … so say production sources on the set.

Our sources say all of the male co-stars are shooting Tuesday — The Rock, Vin Diesel, Jason Statham, Kurt Russell, Tyrese, Ludacris, Scott Eastwood and others. We’re told they are all getting hounded by people who want to know who Rock was putting on blast.

They go on to report…

We’re told the male co-stars think Rock was out of line to talk crap, but given that he did they think it’s unforgivable he wasn’t specific because now they’re all suspects.

Our sources say the co-stars — male and female — are especially upset because filming wraps in a week and a half and, as one put it, “This is a hell of a way to end it.”

One source who is embedded in the production tells us there have been various conflicts because of “extreme egos” among most of the top actors, with the help of their agents and lawyers. But we’re told none of the actors felt the public criticism was appropriate.

TMZ also says that so far Johnson hasn’t said anything to clarify who he was referring to and the actors still have no idea either. They do say that there is expected to be some clarification later today on social media.

Eh, I’m still not sure I’m buying any of this, are you? It’d be great if it’s all real, but very hard to believe.

Want To Get As Swole As Dwayne “The Rock” Johnson? This Is What It Takes…