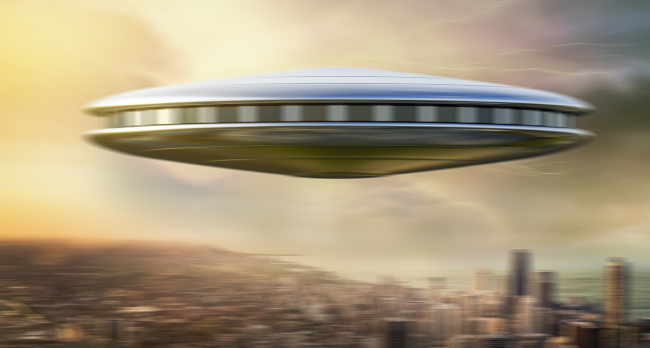 As we now know, thanks to Pentagon reports and numerous pilots’ testimonies, UFOs have been encountered numerous times in the vicinity of the world’s military and especially fighter jets, helicopters and warships.

This appears to have once again occurred last week during, of all things, the Queen’s Platinum Jubilee parade over in the United Kingdom. At least that’s what many on the internet believe.

During the celebration of Queen Elizabeth II’s 70th anniversary as monarch, nine fighter jets flew in formation, making a pass over the parade leaving contrails of red, white and blue smoke.

As this was occurring, several people on the internet noticed an anomaly on camera in the form of a very fast, white or shiny UFO zooming perpendicular behind the aircraft across the screen.

The UFO appeared to be very small, but moving at a rate of speed not achievable by any known drones. A second video taken from one of the jets in the formation appears to show the same UFO, or perhaps a second unidentified flying object in the vicinity of the aircraft.

“That is definitely not a lens flare,” one viewer of the video wrote on Twitter.

“Way too fast for a drone. Unless its closer than it looks… that thing is hauling a–,” another commented.

“At least you know where she’s gone should she suddenly disappear,” joked another viewer, referring to the Queen.

“I’m starting to believe these are just uninhabited drones that aren’t ours… Like not human,” one person wrote.

“I’ve thought about this a lot, we often just assume that things will be at a similar scale to us, but depending on the evolutionary diceroll it could be anything,” another explained. “What if dinosaurs had stayed the dominant species? What if it ends up being ants? Spaceship for ants joke aside, if we’re being visited by?”

One viewer went even deeper, positing, what if “that point of light is just the visual light spectrum signature of a larger craft?”