Under Armour Has Fallen Apart, According To NYTimes Report 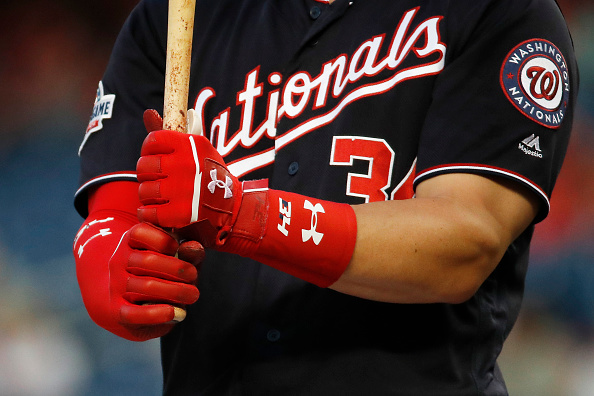 I’ll never forget when Under Armour shirts hit the shelves at Olympia Sports. We used to exercise in cotton shirts, the same shirts that you’d put on if you had to paint a fence. The sort of shirt you’d catch from a t-shirt cannon at an AHL game. Maybe I have it wrong, but I remember hearing “moisture wicking” from Under Armour before Nike. Up to that point, I’d been completely unaware that all my sweat was staying with me. I didn’t know it could be wicked. But once you wick, you can’t go back to non-wick. Like trying to remember Keanu’s career before John Wick.

As a kid, Under Armour was pure gold. The loose fit heat gear shirts were the shirt of choice to go under lax pads. Only the true psychopaths went raw dog—meathead defensemen who just wanted to hurt people because their dads never came to games. These were the guys who let their shoulder pads seep staph bacteria into their collarbones and clavicles, leaving constellations of backne that fetishist teammates loved to pop. Shit was disgusting. But the best rack of gear at any Olympia Sports or Sports Authority, by far, was the Under Armour section.

Not so anymore. The brand has apparently fallen a lot since a massive 2015:

NY Times– It is a far cry from 2015, when Under Armour, founded in 1996 as a maker of high-tech athletic gear, had overtaken Adidas to become the second-largest sports apparel company in the United States by sales, behind only Nike. It posted 26 consecutive quarters of 20 percent or greater year-over-year revenue growth, and its stock more than doubled in two years’ time.

Now, revenue growth has slumped, increasing less than 1 percent in the first nine months of last year. The company’s stock price has collapsed to around $21 a share from a high of $51 in 2015. Worse, the brand finds itself out of step with consumer taste.

They built a big presence in golf attire, betting huge on Jordan Spieth with a ten year contract at a time when he looked poised dominate golf for the next decade. Setting aside Spieth’s recent lack of form, the real problem was that whenever you’d hit the pro shop after your round, all the Under Armour gear was boring as hell. All their colors looked grey somehow. The polos would be a great choice for anyone trying to distinguish themselves as staff members of whatever event they were working. At a time when many golf brands were trying to target a younger audience—to depart from tucked-in, buttoned-up anonymity—Under Armour kinda went the other way.

Apparently the corporate environment isn’t that fun, either:

And when Mr. Plank hired executives from Nike, Adidas and elsewhere to help expand or fix crucial businesses, many said they were viewed by Under Armour employees with a mixture of suspicion and disdain…. Mr. Plank “was so loyal to the guys who were there before that when the Nike guys came in, suddenly, they were insiders and we were outsiders.”

Three former executives said that decisions around products were often driven by instinct, rather than consumer analysis of the market.

Two pointed to the DJ, a slip-on shoe for women that they said sold poorly. Yet, the former executives said, the DJ could not be killed because it was named for Mr. Plank’s wife, Desiree Jacqueline Guerzon, who goes by D.J., and she really liked the shoe.

Ah, the old “gotta do it, boss’s wife likes it” sacrifice. Can’t say I blame Plank honestly. Happy wife happy life and all that. But then he says:

“The world did not need another competent apparel or footwear manufacturer,” [founder and chief executive Kevin Plank] recently told attendees at the National Retail Federation conference in New York. “What the customer needs is a dream.”

Sure Kevin, but when you’re #2 in that space, you should be competent. When Zion’s Nike shoe exploded last year, Nike sent a crack squad of engineers to Durham to examine the damage. Then they went and built him a custom shoe that could withstand an atomic bomb, and somehow, they came out looking better for it. That’s competency. And we the dreamers need to know that when (not if) we finally get to the NBA, our buzzer beaters won’t be derailed by incompetent athletic wear.

I’m still a fan of Under Armour, but mostly for nostalgic reasons. These days, you can find me in some Lululemon ABC pants and a Greyson quarter zip on every first tee.