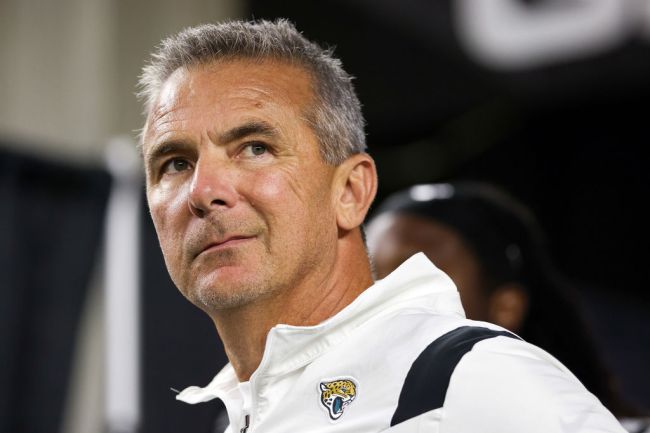 We now have an alternate angle of Urban Meyer’s video with a woman at a Columbus, Ohio bar and things aren’t looking good for the Jags’ head coach.

Over the weekend, a video that showed a woman grinding on Meyer at his Ohio bar “The Pinthouse” made the rounds on the Internet.

After the video went viral, the Internet immediately had questions about what Meyer was doing with his hands while the woman was rubbing against him.

What is his right hand doing?

Thanks to a new alternate angle of the lapdance video we know exactly what Meyer was doing with his hands.

*tapping my ear piece* hold on, im being told we now have a video from an alternate video that solves the mystery of urban’s hand! pic.twitter.com/ldpxJemucL

On Monday, Meyer spoke to the media and told them he apologized to the team and his family for getting a bit carried away while having drinks with some friends after dinner.

“I just apologized to the team and staff for being a distraction,” Meyer told reporters afterward. “Just stupid and so I explained everything that happened and owned it. Just stupid. Should not have put myself in that kind of position.”

“I stayed to see the grandkids and we all went to the dinner that night,” he said. “There was a big group next to our restaurant and they wanted me to come over and take pictures, and I did. They were trying to pull me out on the dance floor, screwing around, and I should have left.”