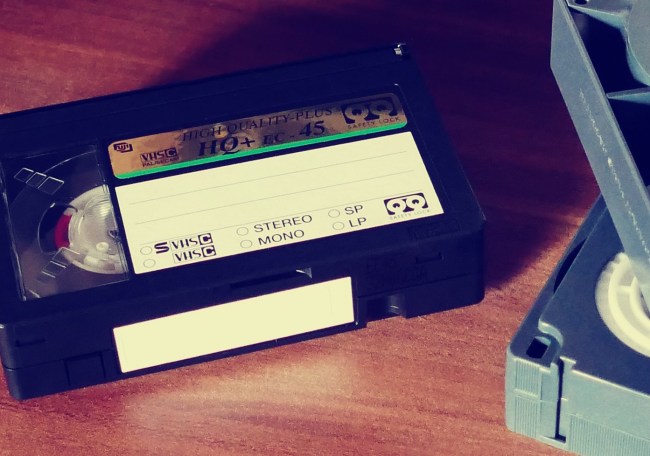 We’ve come a long way from the days when VHS was king—an era when wanting to watch a movie meant either falling to the mercy of whatever was playing on cable or making the pilgrimage to your local video store.

Kids growing up these days will never know what it was like to do an act of kindness through rewinding or miss out on seeing sexy bits obscured because too many people paused at the same point to gaze at them in the past. They’ll also never have to worry about erasing the only copy of their parents’ wedding video to make room for an episode of Legends of the Hidden Temple.

VHS tapes have faded into obscurity for good reason—I have a feeling they aren’t going to have the same resurgence vinyl did.

However, there’s still a niche appeal to the media, and according to Mashable, Urban Outfitters is doing what it can to appeal to people who yearn for a time when keeping a Tamagotchi alive was the most stressful part of life.

For those in need of a good laugh or face-palm and cringe… Urban Outfitters is selling a random pack of VHS films for FORTY DOLLARS. pic.twitter.com/vXZHLPUgfq

The retailer is attempting to cater to anyone who might be in the mood to drop $40 on five random movies on VHS, which have all been “curated” by designers who guarantee your satisfaction.

I’m not exactly sure who the company is trying to attract with this offer but I assume the five-packs are being primarily marketed at customers who have a phobia of thrift shops and people they perceive as poor.

I’m all for having an ironic VHS collection—I personally own two copies of Roadhouse on tape and proudly showcase both of them in my apartment—but if you’ve got $40 to spend on them, your money’s going to work a lot harder for you on eBay.