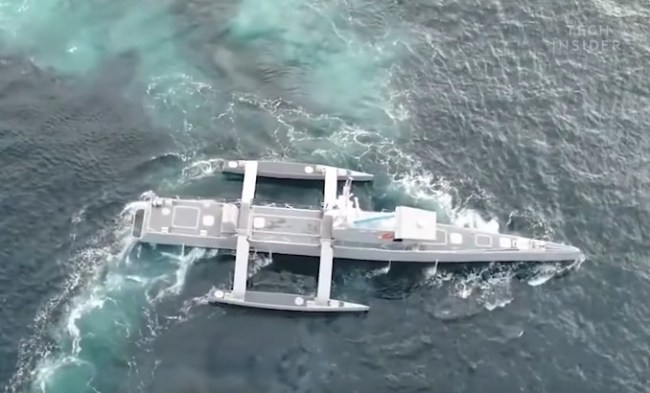 The US Navy is the most technologically advanced and powerful armada in the history of civilization. It’s such a tremendously powerful and deadly force that we’ve got warships and weapons that the rest of the world hasn’t even begun to conceive of yet. Case in point, the all-new 132-foot Sea Hunter which is rumored to possibly be deployed into the field in 2018.

The Sea Hunter is a drone ship which is intelligent enough to drive itself while searching for submarines. This clip from Tech Insider shows just how badass the Sea Hunter is and if you’re the type of guy who gets stoked over military technology then you’re going to love everything about this ship:

It’s pretty wild that the Sea Hunter only costs $20,000/day to operate. That’s just a fraction of what it costs to operate other warships. That’s actually not too far off from what it might cost Paul Allen to run his yacht.

Someone also deserves a shoutout for the ominous music added to the soundtrack of this video. As if the U.S. Navy Sea Hunter wasn’t awesome enough they add this sinister classical music to the clip and make it seem like this ship’s the baddest mother fucker to ever hit the ocean, which it very well might be.