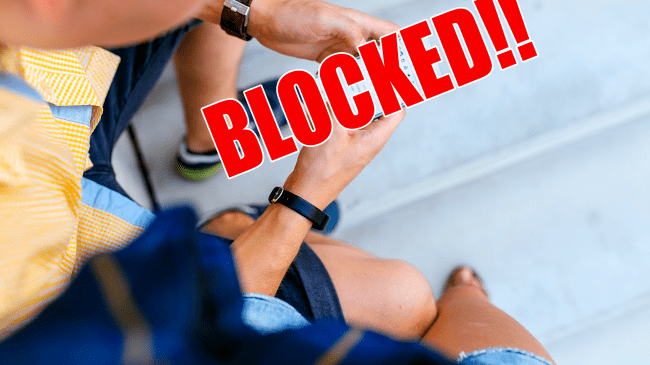 In a move that is sure to anger no one and 100 percent do what it is intended to do, Utah governor Spencer Cox signed a bill last week that requires all cell phones or tablets sold in the state to block adult websites.

While this won’t be a problem for people like Christopher Walken, many others are not happy with the Utah governor’s decision.

Gov. Spencer Cox has said the measure would send an “important message” about preventing children from accessing explicit online content. […] The measure won’t go into effect unless five other states enact similar laws, a provision that was added to address concerns that it would be difficult to implement.

“This is another example of the Legislature dodging the constitutional impacts of the legislation they pass,” said American Civil Liberties Union of Utah attorney Jason Groth.

Mr. Groth and company need not worry too much because there is no way five more states are going to do this, right?

Rep. Susan Pulsipher, the bill’s sponsor, said she was “grateful” the governor signed the legislation, which she hopes will help parents keep their children from unintended exposure … She asserts that the measure passes constitutional muster because adults can deactivate the filters, but experts said it still raises several legal concerns.

Supporters argue the restriction is a critical step to help parents keep explicit content away from kids — especially as more children have their own electronic devices.

Oh, so it can be deactivated? Surely there is no way tech savvy teens will be able to do that without their parents’ knowledge, right?

Nevada's border with Utah going to have Cell phone stores next to the Casinos isn't it...
Teenage boys will be OK Jon, they'll be OK..

Yahoo reports that if the bill is enacted, manufacturers would face a $10 fine per offense with a cap of $500, so essentially there is no real deterrent to cell phone manufacturers that ignore the law.

Masks will still be required in schools and in gatherings larger than 50 people, however, so that’ll certainly keep the virus in check.