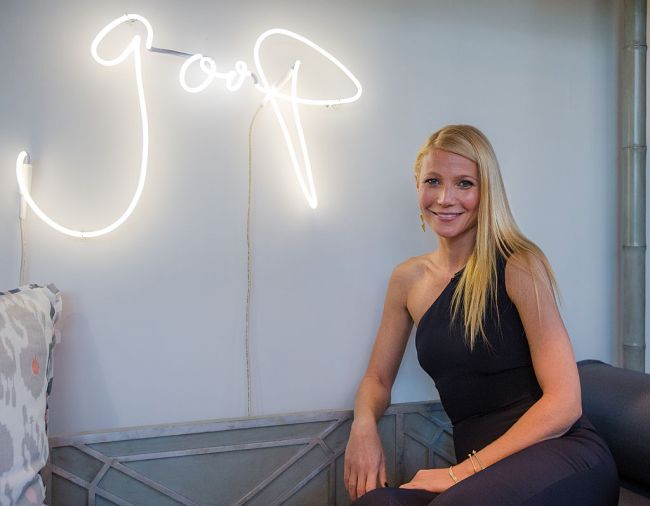 Can you believe it has already been a year since Gwyneth Paltrow starting selling vagina-scented candles? Shockingly, the $75 vagina candle immediately sold out. Now, one of those genitalia-based candles has reportedly exploded.

Jody Thompson, a 50-year-old woman in the United Kingdom, said she lit her “This Smells Like My Vagina” candle, and claimed that it caused a huge fire. A flame allegedly jumped out of the glass jar that the candle was housed in and started a blaze in the living room.

“The candle exploded and emitted huge flames, with bits flying everywhere,” Thompson alleged. “I’ve never seen anything like it. The whole thing was ablaze and it was too hot to touch. There was an inferno in the room.” Sounds fishy.

“We eventually got it under control and threw it out the front door,” Thompson told The Sun.

“It could have burned the place down,” Thompson said of the big O candle. “It was scary at the time, but funny looking back that Gwyneth’s vagina candle exploded in my living room.”

The candles are sold by Goop, the wellness and lifestyle company founded by Paltrow, which says the candles are “made with geranium, citrusy bergamot, and cedar absolutes juxtaposed with Damask rose and ambrette seed.” What vagina smells like that?

“This candle started as a joke between perfumer Douglas Little and GP,” the Goop website stated. “The two were working on a fragrance, and she blurted out, “Uhhh..this smells like a vagina’ — but evolved into a funny, gorgeous, sexy, and beautifully unexpected scent (That turned out to be perfect as a candle).”

Gwyneth Paltrow and Goop have yet to comment on the alleged incident about the climaxing candle.

when you’re getting ready for bed but forget about your gwyneth paltrow vagina candle: pic.twitter.com/Xlx1k4HvvH

“babe did you light the gwenyth paltrow puss-“ pic.twitter.com/qNPmveykKF

the lady walking into her apartment when her gwyneth paltrow vagina candle exploded pic.twitter.com/ShRTDQOBW2

Comedian Adam Ray wrote on Instagram, “It was only a matter of time until normal scented candles would be out of style. Your move Yankee Candle Co. Time to get @therock to sell candles that smell like his balls. Price is Right ONE DOLLAR her, and sell them for $74. #vaginacandles #gwenythpaltrow #balls #therock.”

The Rock tagged that post with his own joke, “Brother I tried to make those candles 🕯 but I kept burning my balls. So I moved on to shampoo. #scentofsac.”