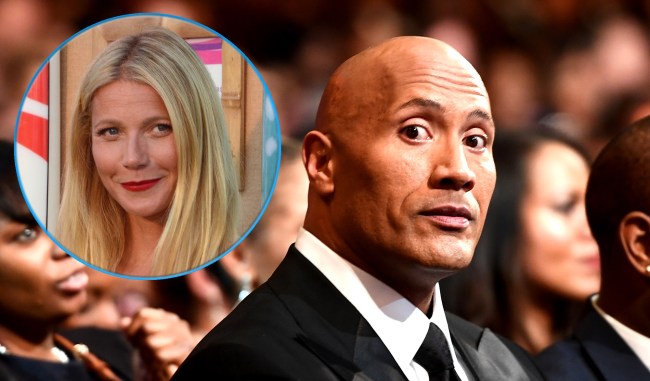 Over the past few days Gwyneth Paltrow has been the topic of discussion by many on the internet thanks to her selling a candle on her web site named “This Smells Like My Vagina.”

Not only is she selling a vagina-scented candle, it costs $75. And not only does it cost $75, it freaking sold out.

There is even a goddamn waiting list now. What is wrong with people?

According to the product description, the “candle is made with geranium, citrusy bergamot, and cedar absolutes juxtaposed with Damask rose and ambrette seed to put us in mind of fantasy, seduction, and a sophisticated warmth.”

Naturally, responses to this news were pretty much what one would expect with people making all sorts of vagina-scented candle jokes.

The best response, however, came from Dwayne “The Rock” Johnson who replied to a joke comedian Adam Ray made in response to Paltrow’s candle.

“It was only a matter of time until normal scented candles would be out of style. Your move Yankee Candle Co. Time to get @therock to sell candles that smell like his balls. 👌 Price is Right ONE DOLLAR her, and sell them for $74. #vaginacandles #gwenythpaltrow #balls #therock,” Ray wrote on Instagram.

“Brother I tried to make those candles 🕯 but I kept burning my balls. So I moved on to shampoo. 😂 #scentofsac,” replied The Rock.

Paltrow saw the interaction between Ray and DJ and was suitably amused, commenting, “This is fucking priceless. #deceased.”