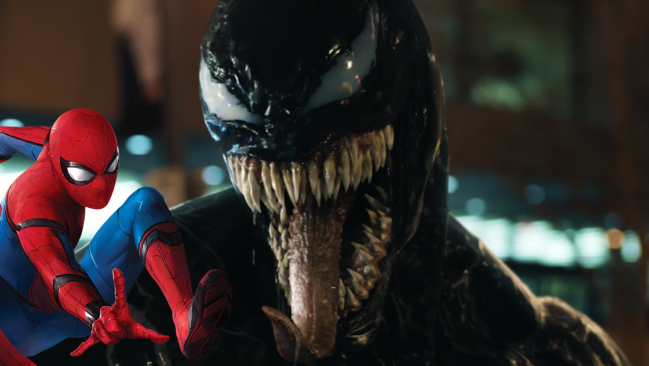 The Venom-Verse is, in fact, not the proper nomenclature from Sony’s Venom franchise. In actuality, the cinematic universe is titled Sony’s Spider-Man Universe, after being previously and hilariously named the Sony Pictures Universe of Marvel Characters, which was then turned into the acronym SPUMC. All told, the titling of the franchise represents the perfect summation of its very existence, as in no one is quite sure how or why it even exists in the first place.

Nevertheless, Sony’s Spider-Man Universe *does* exist and the franchise is full-steam ahead, as both Venom: Let There Be Carnage and the Jared Leto-starring Morbius (Remember that one? LOL) are set to hit theaters in the next six months or so. They’ve also got a Kraven the Hunter film in the works with Aaron Taylor-Johnson set to star (which, to be fair, actually sounds pretty cool) and a Madame Web project in development, although we haven’t heard much about the project since it was announced in 2020.

There’s also, of course, the Spider-Man of it all, as Tom Holland’s Spider-Man is nearing the end of his Marvel Studios deal, which was re-brokered in 2019 to allow for the character to appear in two more MCU films, Spider-Man: No Way Home and a still-unknown project (perhaps another Avengers film).

According to Andy Serkis, the director of Let There Be Carnage, though, the future of Spider-Man isn’t all that complicated, as he said Spider-Man is “definitely” going to cross paths with Venom in the future.

“That’s the question on everyone’s lips,” Serkis told IGN. “They want to know when Venom is going to meet Spider-Man. Personally, it’s never going to happen. I’m only joking, of course it’s going to happen. I think there’s so much… it depends on when you want to get there and also what the appetite is. If people want more Venom stories, than to jump straight to Spider-Man you could be missing out on so many great supervillain characters in between now and then.”