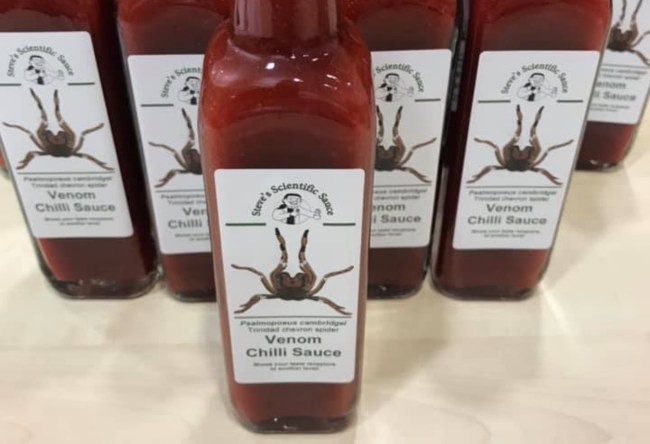 I’ve tasted some truly crippling hot sauces in my day. My earliest memory of tackling one of the most brutal hot sauces on the planet was as a 9 or 10-year-old when my older brother paid me $2 to dip a toothpick in some Endorphin Rush which measures between 250,000 – 1,000,000 SHUs on the Scoville Heat scale.

This new hot sauce from England is supposed to be so hot that it mimics the bite of a spider. Scientific Steve’s Venom Chilli Sauce sounds absolutely torturous and honestly, I cannot wait to try it at some point. 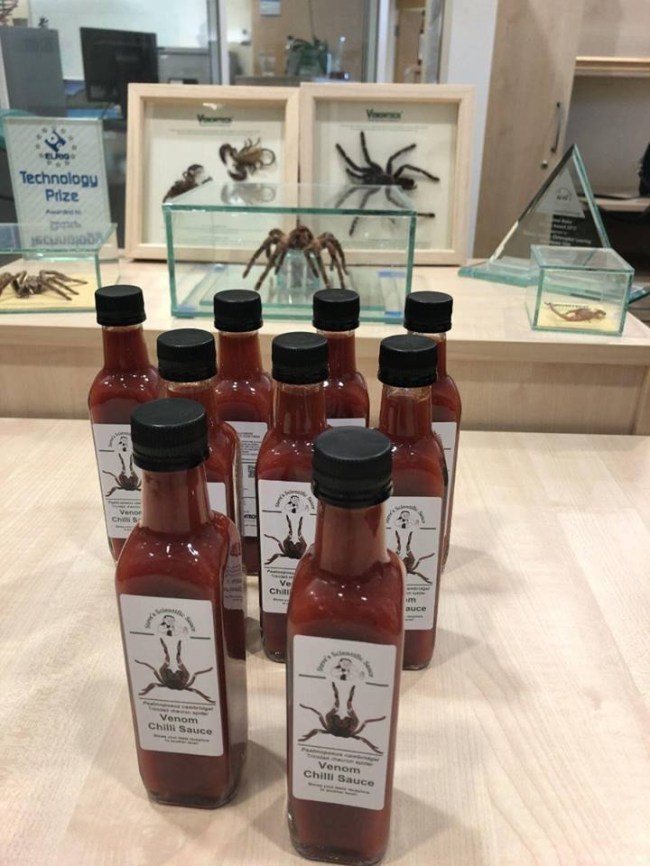 How bad is it? We’re talking muscle spasms, pain, tarantulas, and more according to the UK’s Mirror:

Specifically, those of the Trinidad Chevron tarantula’s fangs which leave victims with “muscle spasms and burning pain” – because what meal is complete without a dose of that?

The brains behind this new sauce are Kent-based research firm Venomtech.

You’ll be pleased to know that thanks to the Food Standards Agency, no actual tarantulas were harmed in the making of their sauce, which instead uses a synthetic poison.

Managing director and founder Steven Trim, 41, said: “It’s as best as we can manage without actually tasting the venom.
“It’s a similar heat component that the venom would cause. (via)

Whoever set out to create a hot sauce that mimics the excruciating venom of a rare tarantula sounds like a straight-up masochist and to be honest, I kind of love it. Check it out:

Trim and his team isolated the venom’s peptide component — the only part that is relevant to taste and heat for humans for tests.

The other components of the venom had other properties his team investigated for potential new anti-malarial and pain relief drugs.

Trim said he never even considered tasting the venom during the “many hours” his team of four worked on probing its effects on cell cultures. (via NYPost)

For more information, you’ll have to click on through to their website and dig around for yourself where they also have a bunch of recipe ideas available.