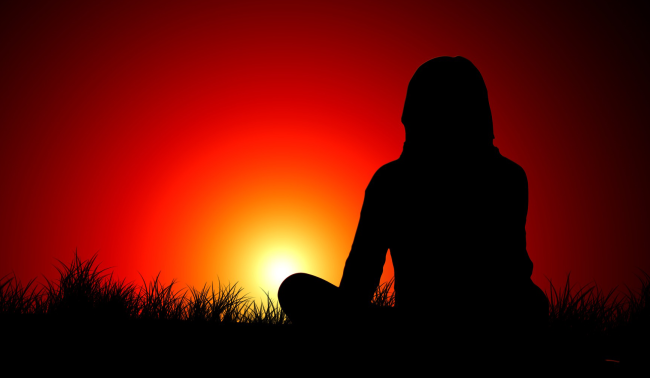 25-year-old Veronika Rajek, a former Miss Slovakia 2016 finalist, claims her social media profiles keep getting deleted and she is often bullied online because she is too beautiful.

Rajek, an Instagram influencer who travels around the world making content for her 1.1 million followers, tells the Mirror, “I call myself an alien as people don’t believe I’m real.”

“They think I’m an AI robot or a catfish online,” says the model, now based out of Vienna, Austria. “People say beautiful people have it easy but I have it worse as people make it harder for me because I’m beautiful.”

“It’s pretty discriminatory that other women can do the same thing as me and I can’t, and I just get deleted because of my looks,” Veronika Rajek continued.

She says she has been bullied for having plastic surgery (which she says she hasn’t done), accused of using filters to alter her appearance, and regularly receives messages from women body shaming her.

All because she is just that damn good-looking.

“I get messages from men who don’t think I’m real but the worst messages on my Instagram are from women asking me why I’m pretending and asking for proof,” says Rajek. “I don’t make any adjustments, shaping or filters – I use a skin smoothing tool but I think that’s normal.

“Skinny girls are body shaming plus-sized models, but I’m being body shamed too as they don’t think I’m natural.

“I get more abuse from women as they are jealous and they think I want their boyfriend.”

Veronika Rajek has even gone so far as to produce a sonogram and a doctor’s statement to prove to the naysayers that her breast are real.

“People question the naturality of my breasts so I went to a doctor to get a breast examination and proof that they’re real, with no enhancements, objects or scars,” she claims.

“My doctor was really surprised as she thought I’d had surgery too and said I had the most beautiful natural breasts.

“I worked out so much at teenage years that I developed muscles which make my breasts a nice shape. I’m not trying to be sexual, I just have big boobs. God gave me these gifts and I want people to believe me.”

“I don’t have many friends but I feel good,” Rajek added. “If you feel beautiful the way you are, then you are beautiful.”