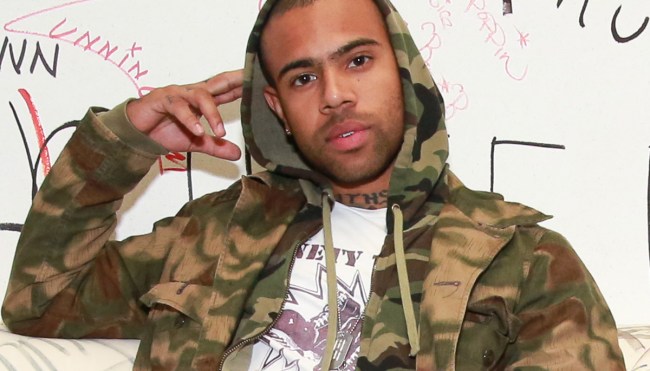 Most people who go on vacation to another country like to bring back a keepsake or two that they can use to remember their stay, whether we’re talking about a cheap trinket plucked from a vendor outside a tourist attraction, an overpriced t-shirt purchased at the airport before the flight back, or the plastic shot glass hanging from a necklace of beads that anyone who goes to a Mexican resort is obligated to return with.

None of those items will attract the attention of the custom agents tasked with screening the possessions of anyone who crosses international borders, but the same can’t be said for what Vic Mensa allegedly had in tow when he returned from Africa after traveling to Ghana with fellow Chicagoan Chance the Rapper.

According to Consequence, Mensa’s luggage was flagged by U.S. Customs Agents when he arrived at Dulles International Airport over the weekend, and after conducting a search, officials found:

Mensa was charged with four felonies in the wake of the discovery and is being held without bail at a nearby detention facility as of this writing.

The rapper has been incredibly candid about his struggles with addiction in the past and revealed he once contemplated suicide when an acid trip went south. He credits music for helping him escape from a pattern of abuse and said writing allowed him to wean himself off of various substances prior to making an album a few years ago, so while it’s possible this is some sort of misunderstanding, we’ll have to wait for the full story to unfold.